Feast of St. Ignatius and Close of Ignatian Year Mass

The Ignatian Family in St. Louis is invited to gather for a Mass celebrating the Feast of St. Ignatius Loyola, founder of the Society of Jesus, and the close of the Ignatian Year.

The parish of St. Joseph was founded by the Jesuits of St. Louis to serve German-speaking Catholics in 1843. Jesuits continued to staff the parish until its administration was given over to the Archdiocese of St. Louis at the request of Cardinal Joseph Ritter in the 1950s. It was ultimately slated for demolition but was instead painstakingly restored by volunteers, The Friends of St. Joseph’s. The church is known today as the Shrine of St. Joseph because of a Vatican-confirmed miraculous healing through the intercession Peter Claver, a Jesuit missionary of the 17th century who spent his life in and around Cartagena, Colombia working among and providing relief to enslaved Africans. St. Peter Claver was canonized in 1888.

Closing the Ignatian year at the Shrine of St. Joseph creates an opportunity to celebrate the life of the founder of the Society of Jesus, reflect upon the generosity of heart and spirit of St. Peter Clavier, and to visit one of the most historic and beautiful churches of the archdiocese. Docents will offer tours after the 11 a.m. mass. All are welcome! 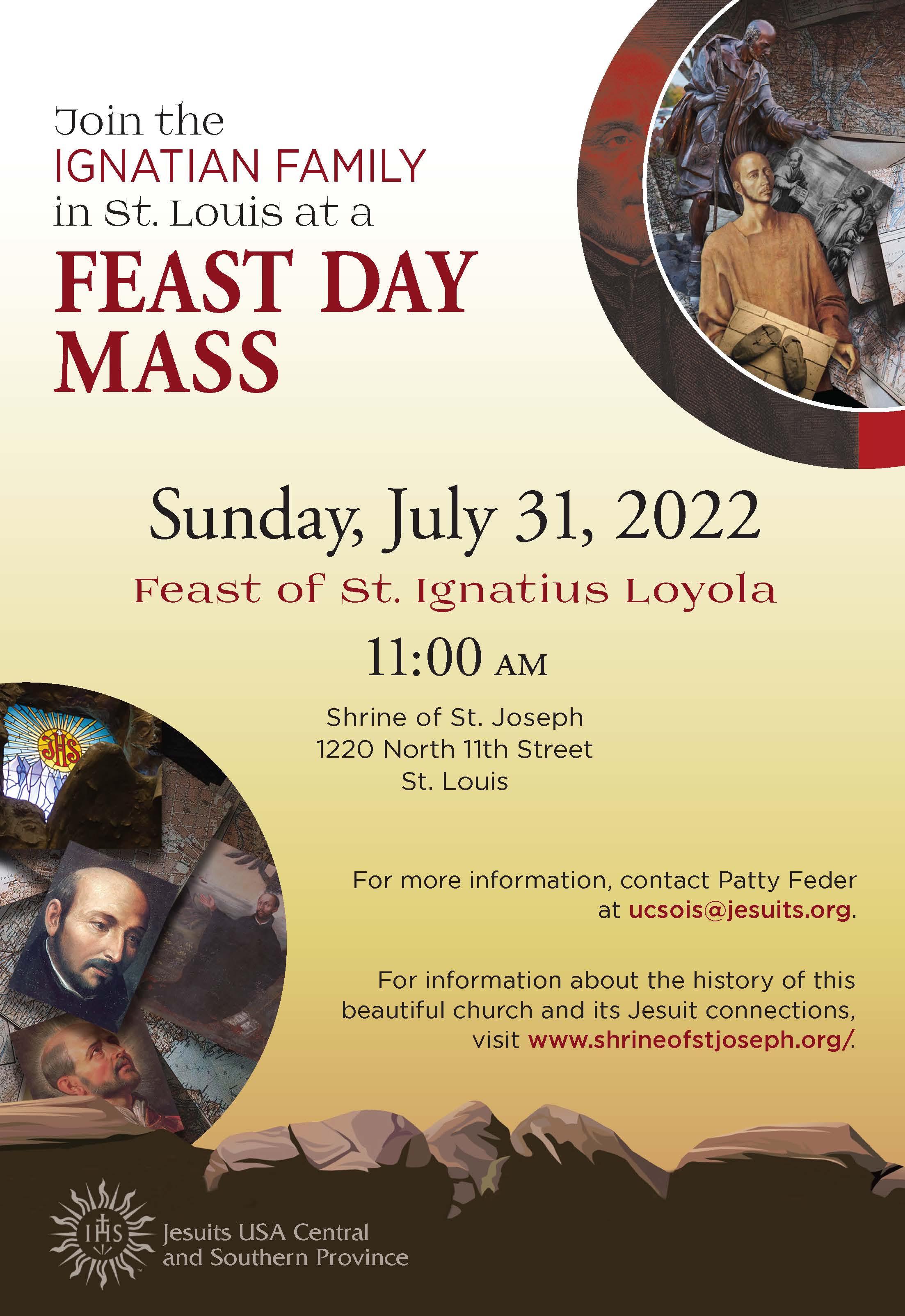