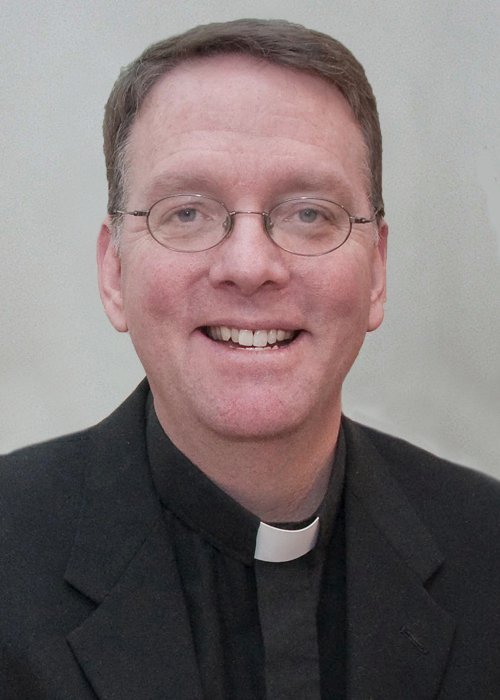 Father Anthony Corcoran, SJ, has been a Catholic priest for a quarter of a century, and now serves as apostolic administrator for Kyrgyzstan, a position much like that of bishop. Since his priestly ordination in 1996, he has been assigned almost exclusively to the countries of Russia and Kyrgyzstan, long way from his birthplace in Tucson, Ariz.

Father Corcoran entered the Society of Jesus in 1985. Following the usual path of Jesuit formation, he completed the novitiate and First Studies (earning a master’s degree in international political economic development from Fordham). He taught social studies at Jesuit High School in New Orleans before completing both a licentiate and doctorate in sacred theology from the Weston School of Theology.

From 1997 to 2000, Fr. Corcoran served in the Diocese of Novosibirsk, Russia, as a pastoral minister, spiritual director of Seminary and Vicar General of the Diocese.

After a short break for his tertianship, the final step in Jesuit formation, he returned to the Diocese of Novosibirsk, this time as Vicar General of the Diocese while also doing work in the local minor Seminary.

Following a two-year return to the United States to complete his doctorate, he returned to Novosibirsk for another decade, during which time he served primarily as canonical superior of the Russia region of Jesuits and rector of the preo-seminary.

Pope Francis appointed him apostolic administrator for Kyrgyzstan in 2017.

Jesuit Priest. The call described by this combination of words continues to inspire as well as to challenge me. What does being a priest today entail … a priest who is a Jesuit … that is, a priest called to be continuously formed by and deliberately immersed in an Ignatian Spirituality which moves to embrace a courageously generous Christian world view?

At times people refer to a particular “Jesuit” way of preaching, or confessing or teaching. Although I have to admit that I used to find this observation to be rather ironic (even a bit comical) since every Jesuit I meet seems so incredibly different from all others, I have come to understand that, at our best, we allow ourselves and our ministry to be shaped by the most essential convictions of the Spiritual Exercises: i.e., to trust that God intends to interact directly with the soul He has created … that God is ever offering grace sufficient even for our eternal salvation … that the Trinity is always and everywhere actively engaged in the world and the lives of us humans in a very concrete, practical incarnate manner. How could these convictions not impact the manner in which we teach, interact, pray and even “priest”?

To all in the Society of Jesus who have accompanied me in this journey and to the many faith-filled lay people who have supported, prayed for and “formed” us priests, I will be eternally grateful. My Mass on the anniversary of my ordination is offered for these people.

Apparently, it will take much longer than 25 years for me to grasp fully the extent to which God intends to work through the priesthood and what this might entail for myself and for those whom I am called to serve as a priest, a Jesuit priest.