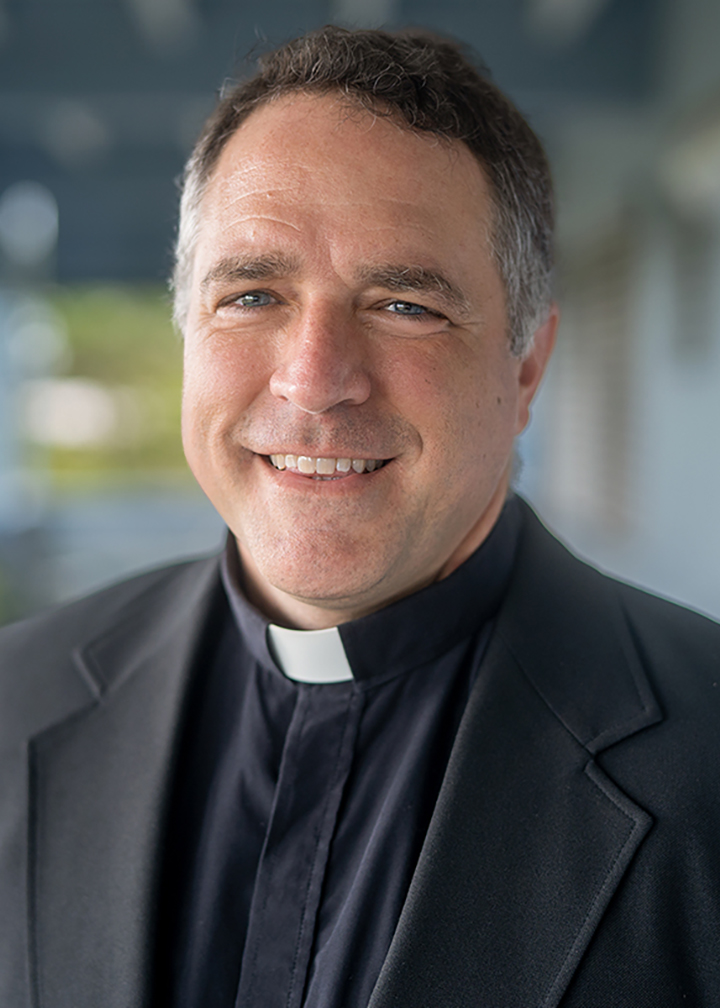 Father Brian Christopher, SJ, is celebrating 25 years as a Jesuit, having entered the Society of Jesus in 1997. He currently serves as the superior of the Jesuit Community in Belize and as the provincial assistant for international ministries.

Father Christopher has devoted much of his active ministry to the people of Belize. He has ministered to gang-involved youth and worked in the areas of community and economic development in Belize City. After serving as associate pastor at Our Lady of Guadalupe Parish in San Antonio, Texas, he returned to Belize and served as pastor of St. Martin de Porres Parish in Belize City from 2018-20.

Father Christopher is a graduate of St. Louis University High School and Saint Louis University. As part of his Jesuit formation, he earned a degree in social philosophy and a Master of Theology and Master of Divinity.

Father Christopher’s Reflection on 25 Years as a Jesuit:

The last twenty-five years have been an “interesting” time to be in the Catholic Church, and especially in consecrated religious life.  I entered in 1997, and within five years the sex abuse crisis had erupted into the consciousness of the Church.  Going through formation at that time felt a little like joining the confederacy in 1865.  At times I wondered: is Jesuit life outmoded, misguided or even dangerous?  I know I was not alone in asking the question.

I felt my vocation bolstered by a superior I had along the way, who several times quipped, “Well, the days of ‘yes, father’ and ‘no, father’ and kissing our rings are over.  Now it’s time to get down to the business of washing feet, which is why we were called in the first place.”  No better image describes my hope for Jesuit life, at least on my good days, than washing feet.

I think Jesuit life is about rolling up our sleeves and getting our hands dirty in the sweat and stink of life.  Over the last 25 years, I have had the honor and privilege of being welcomed into the lives of all sorts of wonderful people, from AIDS patients in Minneapolis to gang-involved youth in Chicago to incarcerated youth in Belize to refugees in Ethiopia.  They have allowed me to “wash their feet,” and sometimes I have even been courageous enough to let them wash mine.  In spite of all (or maybe because of it?) they trusted me and welcomed me.

I pause at this moment, after 25 years, to remember to let the gratitude wash over me for all of it.