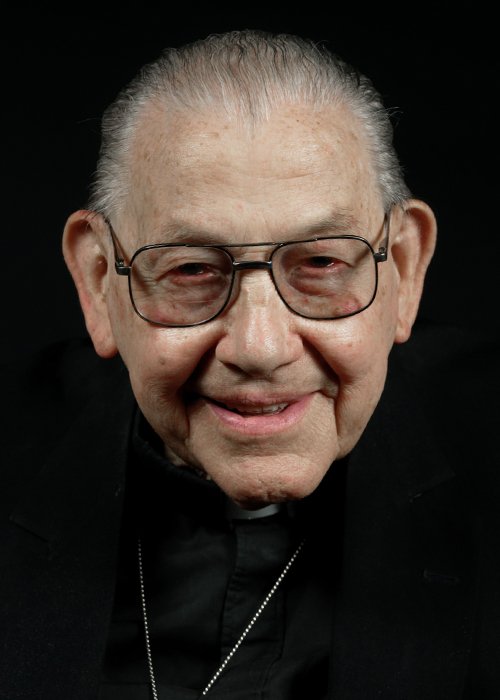 75 Years a Jesuit
Praying for the Church and the Society

Father Charles Thibodeaux’s Jesuit vocation led him to the South American country of Paraguay, where form 1980-2019 he was an associate pastor, treasurer and minister at Santa Rosa Missiones in the city of Asuncion. This year marks the 75th anniversary of his entrance into the Society of Jesus.

Born in Carencro, La., in 1929, he entered the Jesuit novitiate in Grand Coteau, La., at the age of 17. In August 2019, he retuned to the state of Louisiana, where he has been praying for the Church and Society at St. Alphonsus Rodriguez Pavilion in Grand Coteau.

Following his priestly ordination, Fr. Thibodeaux spent nearly two decades in pastoral roles, first as an assistant pastor at what was then called Sacred Heart Church (now St. Charles Borromeo) in Grand Coteau, La., then as pastor and associate pastor at the same church. His next assignment sent him to Paraguay, to the mission he grew to love.

In his formation process, he studied Latin, philosophy and theology.