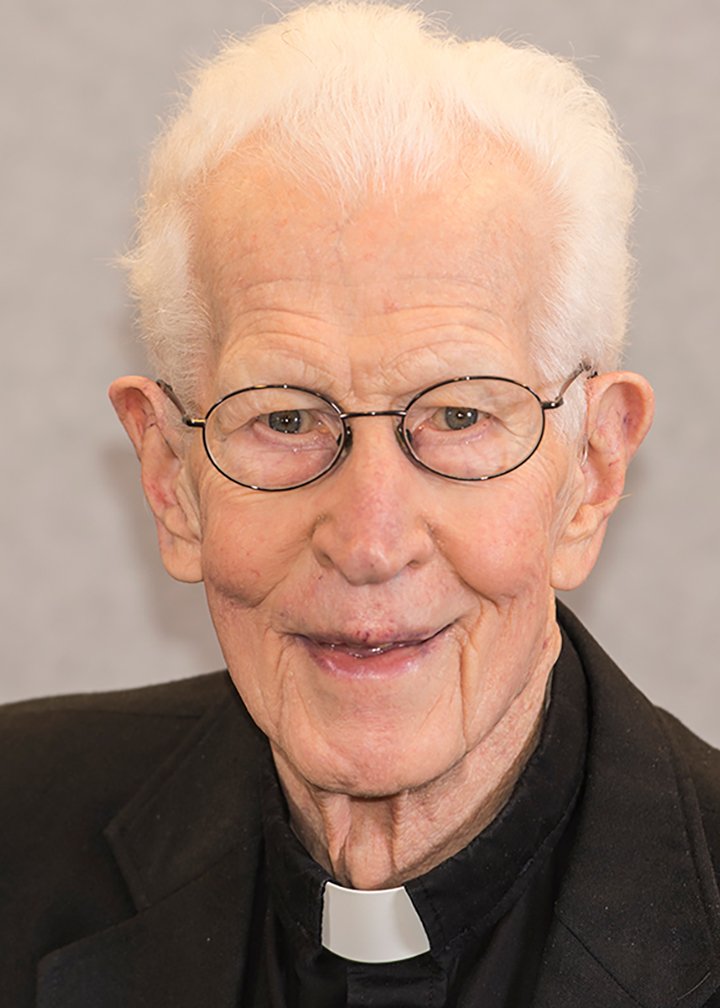 75 Years a Jesuit
Praying for the Church and Society

In his 75 years as a Jesuit, Fr. Eugene Renard, SJ, has served in an array of ministries from teaching high school to directing a nursing community to pastoral ministry.

One of his first assignments following ordination was as assistant to the master of novices at the old St. Stanislaus Seminary in Florissant, Mo. Then came a decade-long assignment at Regis Jesuit High School in Aurora, Colo., where he taught Latin, religion and English.

He then served as a retreat director at White House Retreat in St. Louis before being assigned to pastoral ministry at Jesuit Hall in St. Louis.

Since 2018, Fr. Renard has resided at St. Louis’ Fusz Pavilion, where he is praying for the Church and Society.