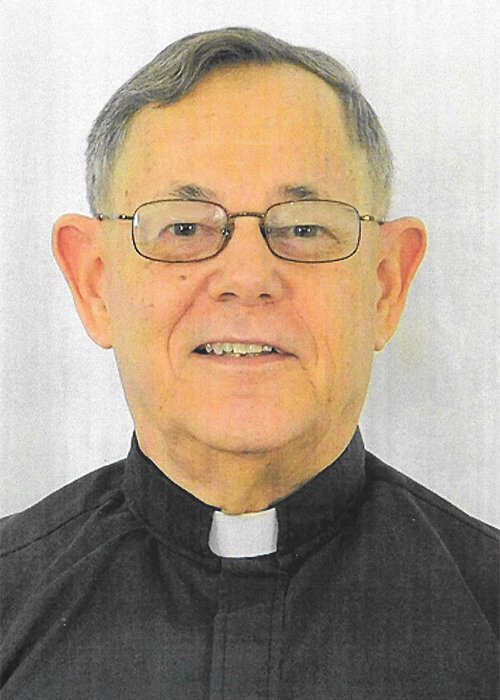 50 Years a Jesuit
Pastoral minister and superior of the Jesuit Community of Pohnpei, Federated States of Micronesia

Father David Andrus, SJ, has been a member of the Society of Jesus for half a century.

Born in Basile, La., in 1946, he attended Louisiana State University, taking a break amid his undergraduate education to serve in the Peace Corp in the Marshall Islands.

Upon returning to the U.S., he graduated from LSU in 1970 and entered the Jesuit novitiate a year later.

As part of his formation process, he studied philosophy at Spring Hill College in Mobile, Ala., taught at a Jesuit high school in the Federated States of Micronesia and studied theology at Loyola University in Chicago.

He has spent most of his active ministry in the Pacific islands, returning to the U.S. several times for assignments along his journey.

He has taught theology at Jesuit High School in New Orleans and served as socius to master of novices at the novitiate for the former New Orleans Province and as pastor at St. Charles Borromeo Catholic Church in Grand Coteau, La.

In the Pacific islands, he has filled many roles over the years, most notably as a parochial vicar, director of pre-seminary formation work, pastor and episcopal vicar at various parishes and educational institutions.

Since 2013, he has served as pastoral minister and superior of the Jesuit Community of Pohnpei, Federated States of Micronesia.

Fr. David Andrus’ Reflection on 50 Years as a Jesuit

In one of the presents I received at my high school graduation so many years ago, was a holy card with the short, humble prayer: “God make me worthy of my friends.” I’ve said that prayer countless times during the past 50 years of companionship with the many “friends in the Lord” whom I have had the honor and privilege to know, love and serve with in the Lord’s mission. What a graced brotherhood!

One vivid scene from near the end of my long retreat in the novitiate has stayed with me all these years. Jesus and I are standing on a high elevation facing a vast forest stretching out unbroken to the far horizon. Jesus, like a tall elder brother, is holding my hand. A dirt path descends from where we are standing and enters the edge of the forest and disappears. No words were spoken – just a conviction that I need not fear the unknowns of the journey ahead.

For most of my Jesuit life since then, that vast jungle has been replaced by the vastness of the Pacific Ocean. During the past 34 years of my service in Micronesia, the Lord has not let go of his little brother’s hand, but has done so through the mentorship of the veteran missionaries of the Society who welcomed me so warmly, the lay people who tutored me in the local language and culture, the collaboration with the two communities of religious women in their educational work, and many others whom the Lord has provided for my guidance and encouragement.

One of the consolations I’ve received from the vantage of all these years has been the realization of the slow but steady progress in the indigenization of the Church in the islands of the local diocese. While we Jesuits who numbered 41 when I first arrived here in Micronesia have diminished to 14 at present, the local diocesan clergy priests and deacons and women religious have and still are increasing year by year under the leadership of the local Micronesian ordinary. They must increase and we decrease in the continued development of a Vatican II Church here.

I look forward to what the Lord has in mind for the rest of the journey … hand in hand.