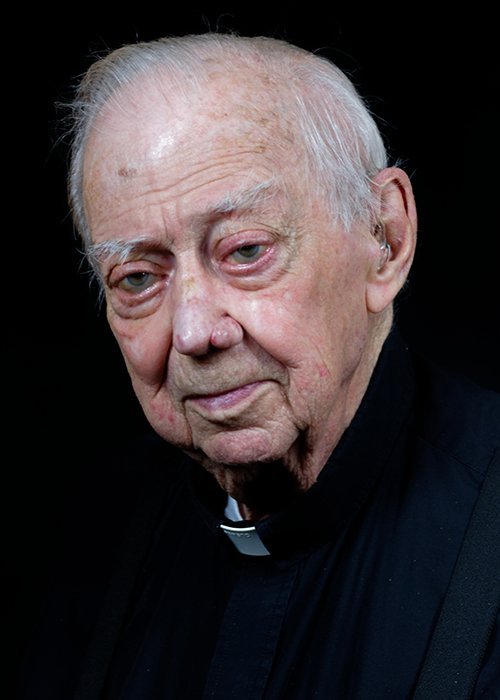 In his 60 years as a Catholic priest, Fr. Francis Brou, SJ, has truly been “here, there and everywhere” in service of the Lord.

Born in Edgard, La., in 1928, he attended Loyola University New Orleans for several years before he discerned a call to enter the Society of Jesus.

His formation process took him across the country and even to Sri Lanka, where he completed part of his ministerial experience and studied Sinhalese.

In the early years of his active ministry, he taught at Jesuit College Preparatory School of Dallas for a total of six non-consecutive years. In between those assignments was a six-year assignment teaching at Jesuit High School in Tampa.

After serving as pastor of St. Rita Church in Dallas for a year, Fr. Brou went abroad, first to the former African nation of Rhodesia, then to South Africa. He would later serve briefly in Japan.

He served for nine years as pastor of Immaculate Conception Parish in Baton Rouge, La., while also serving as chaplain at the Catholic Student Center at nearby Southern University.

Fr. Brou returned to Jesuit Tampa in 2005 as a rector, chaplain and campus minister.

Since July 2020, he has been praying for the Church and Society at St. Alphonsus Rodriguez Pavilion in Grand Coteau, La.