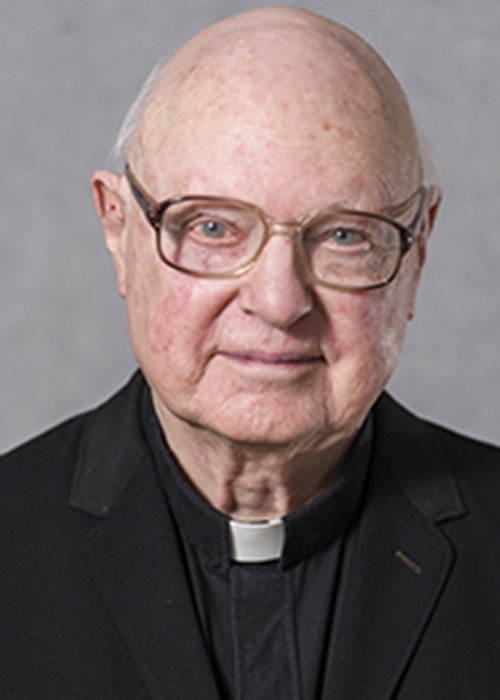 Father Garth Hallett, SJ, has been a member of the Society of Jesus for three quarters of a century. Most of his active ministry was spent as an educator, but Fr. Hallett has spent most of the last decade as a writer.

Born in Chester, Penn., in 1927, he was baptized at the age of 13 and, following his high school graduation, served in the U.S. Navy for a year before entering the Society of Jesus.

He received a bachelor’s degree in history from Spring Hill College in Mobile, Ala., and, following his priestly ordination in 1959, a licentiate in sacred theology and Ph.D. in philosophy in Belgium and Italy, respectively.