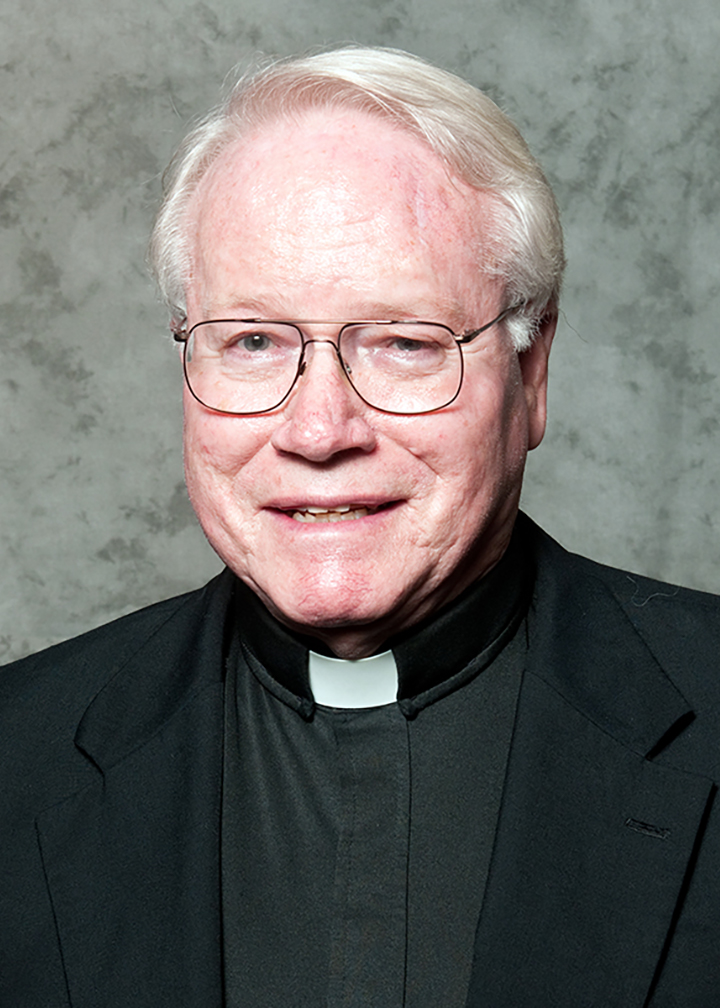 50 Years a Priest
Pastoral ministry, prayer for the Church and Society

Fr. Guyer graduated from Regis College (now Regis University) in 1960 and entered the Society of Jesus the following year.

His alma mater became his life’s work when he returned to work at Regis for much of his active ministry as a Jesuit. This year he celebrates 50 years as a Jesuit priest.

Father Guyer returned to Regis in the late 1970s to write his dissertation. From 1981 until 2013, he was a history professor at the school. He then served as an adjunct professor and pastoral minister to alumni over the last decade.

Since the start of 2021, Fr. Guyer has served in pastoral ministry in the Fusz Pavilion in St. Louis and is praying for the Church and Society.