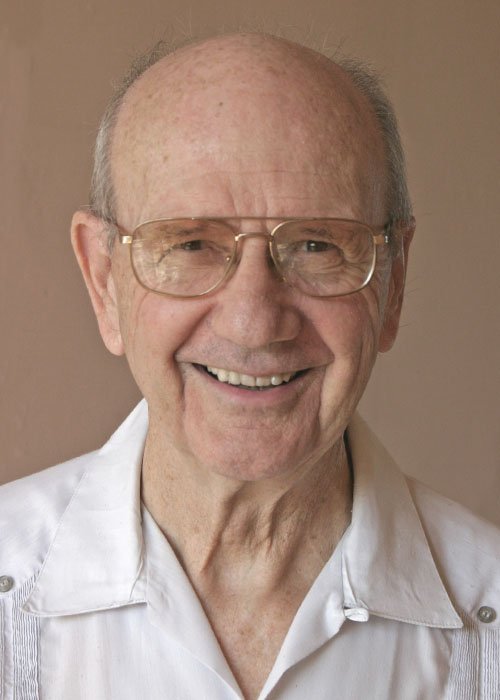 60 years a Priest
Praying for the Church and the Society

Father James Short, SJ, served in the Army Air Forces Training Command for three years and attended Saint Louis University for two years before deciding a Jesuit vocation was the right path for him. This year he celebrates 60 years as a Catholic priest. A native of Columbus, Ohio, in 1925, most of his ministry has been in either Belize or St. Louis.

Throughout the 19802, Fr. Short served as a mission consult and pastor in Dangriga, Belize. Fron 1990 to 1994, he was pastor at St. Martin de Porres Parish and director of a Jesuit retreat center in Belize City, associate pastor at St. Peter Claver Parish in Punta Gorda, Belize and then again as director of the Jesuit Retreat Center and in-country coordinator for Jesuit Volunteers International in Belize City.

He returned to the U.S. for a sabbatical in 2005. In 2007, he began serving as the chaplain of the School of Law at Saint Louis University. From 2007 to 2013, he served as the “spiritual father” of the Jesuit scholastics at Bellarmine House of Studies in St. Louis.

He has been praying for the Church and Society at Jesuit Hall in St. Louis since 2016.