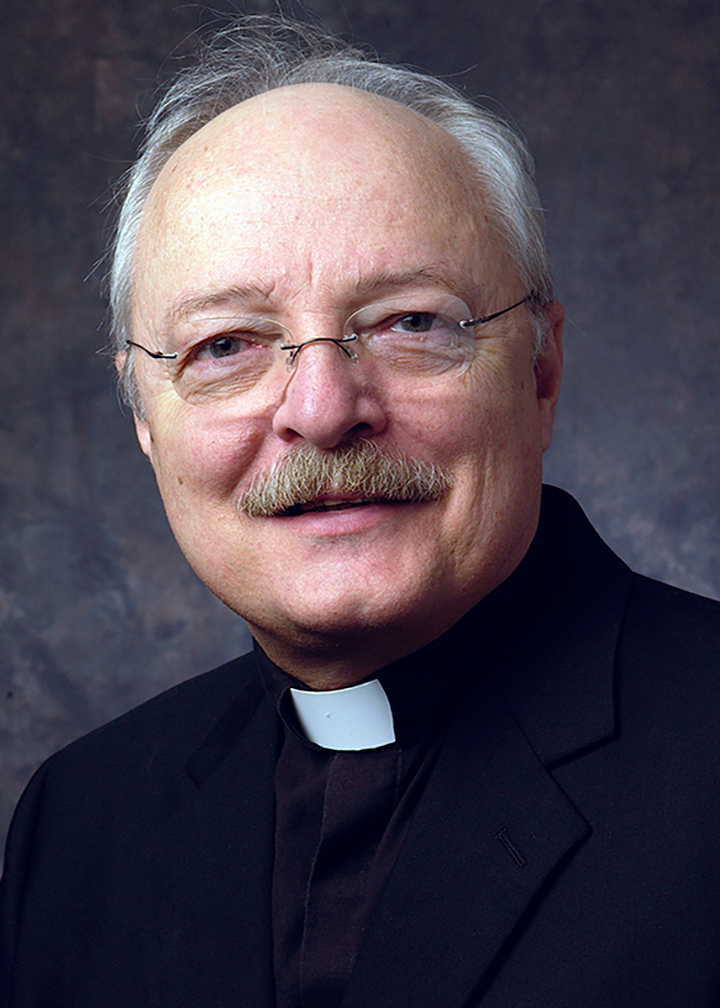 Father John Foley, SJ, is celebrating a “double jubilee” this year. He has been a member of the Society of Jesus for 60 years and an ordained priest for 50 years. He currently serves as the editor-in-chief of the Saint Louis University Sunday Web Site, a popular weekly review of Sunday’s liturgical readings from different perspectives.

Father Foley is a liturgical and classical composer, theologian, liturgist and writer, and has a gift for taking timeless truths drawn from Scripture and setting them to music. For more than 40 years, he has given voice to the prayer and worship of Christian communities around the world.

Some of his most familiar hymns (Earthen Vessels, The Cry of the Poor, One Bread, One Body; Come to the Water, etc.) are included in liturgical collections of the St. Louis Jesuits such as A Dwelling Place, Let Heaven Rejoice and Morning Light. These songs for worship appear in both Catholic and Protestant hymnals.

Father Foley is the editor of The Heart of Our Music, a three-volume series of books with essays on liturgy and ministry (Liturgical Press), and his articles and other books have appeared widely. He lectures across the country on liturgical music and the spirituality of liturgy. He also founded the Center for Liturgy at Saint Louis University, a national think tank for studying and teaching the liturgy. He was director of the Center from 1993–2011.

I am recollecting my life as a Jesuit and therefore also as a priest. I remember in particular one incident that gave me some clarity – even though it took place long before the massive instability of today’s weather.

I was sitting on a screened-in porch in Wisconsin during my yearly retreat, listening to the delicious, drenching sounds of a huge rain, splattering, slapping the earth.

Why so huge? Maybe it was well intentioned, but why so able to hurt? I knew even then that tempests like this would, without question, beat down any one of us if we dared to go outside. I surmised that the violence was caused mainly by the earth’s need to bring water out of the skies and into the earth as fast as possible.

Ok, but why so excessive? And where was God?

The rain ignored my question. It redoubled its efforts, its huge sound getting more huge, like a swell of applause. “I’m doing my thing,” it was saying.

But would you or I have done it this way? Wouldn’t we be gentler?

Then I remembered the Jesuit poet, Gerard Manley Hopkins, who addressed God as:

Father and fondler of heart thou hast wrung:
Hast thy dark descending
and most art merciful then.*

Here was the answer. We all feel the darkness that can come our way, and then mercy. At times we are tempted to give up.

But we depend on those who do their best to give God’s answer to our needs: among them, good priests, and – dare I say it – good Jesuits. When such as these carry God’s words of care to us, then maybe all of us have a chance for the “dark descending” as a cloak for mercy.

I have been blessed to be a small part of God’s storm of comfort, especially in this era of endangerment. I am grateful to God for so many years!

*Poem from Gerard Manley Hopkins, Wreck of the Deutschland.