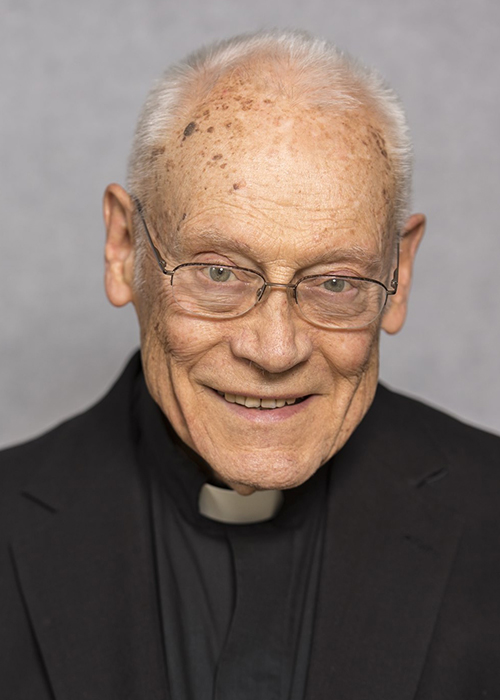 Since 1988, Fr. McCarthy has been in St. Louis, working for years as the associate editor at the Institute of Jesuit Sources. In 2017, he was assigned as pastoral minister at the Jesuit Hall Community at Saint Louis University, which he also continues to this day.

The Sioux City, Iowa, native spent the first half of his ministry as an educator at the secondary and post-secondary level.

Father McCarthy’s Reflection on 60 Years as a Priest:

As he assured his Corinthians, St. Paul was all too aware that he carried about the treasure of the Gospel message in a fragile vessel. Nonetheless, he devoted years of labor and accompanying sufferings to spread the message commended to him. He tells them of the beatings, imprisonments, labors, watches and hunger that he had endured in the course of that time.  Still, fragile vessels do wear out, so it must have saddened him years later to write to Timothy that the time of his departure had come, that he had fought the good fight, that he had finished the race and that his end was near. Yet he was confident that he had laid up a crown of righteousness that would be awarded to him on the day of judgment.  Fortunate indeed are those few who can approach the end of their days with confidence equal to that of St. Paul. But then, few of us have labored as heroically to spread the Kingdom as did St. Paul. Recurring jubilees remind us that, though our own earthen vessels are growing increasingly fragile, there may still be much that we can do in the harvest of the Lord during whatever time remains to us.