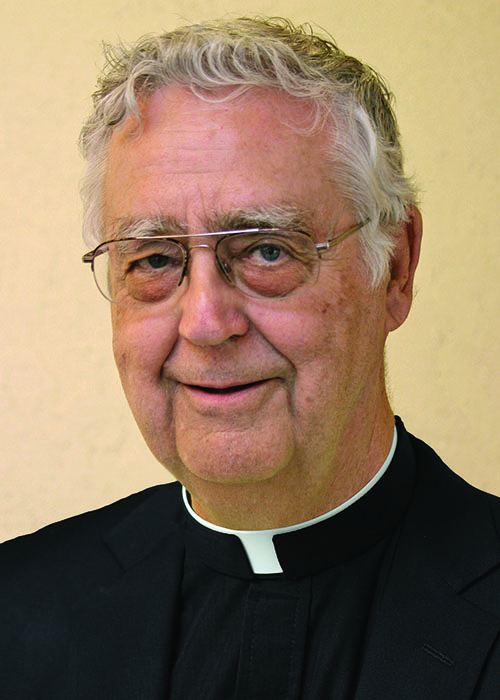 Father John Waters, SJ, entered the Society of Jesus in August 1951, after graduating from Regis Jesuit High School that May. This year, he celebrates 70 years as a Jesuit.

Early in his ministry, Fr. Waters taught at St. John’s College in Belize City, Belize, and then served as a missionary until he was assigned to Rome, where he was a secretary to the USA assistant at the Jesuit Curia.

He returned to the United States in 1975 for a three-year assignment as pastor of Loyola Church in Denver, before he was sent to Belize as associate pastor and then pastor of Sacred Heart Church in Dangriga. Then then engaged in refugee work in Belize City and Belmopan, Belize.

From 1985 through 1992, he was assigned to St. Louis, where he served the former Missouri Province as provincial assistant for pastoral apostolates and rector of Bellarmine House of Studies and director of the senior care facility.

Father Waters began a ministry to Hispanic peoples, serving in Denver and Dodge City, Kansas. He also served in pastoral ministry in Denver, including as chaplain at St. Joseph Hospital.

Since 2020, he has been praying for the Church and Society at Fusz Pavilion in St. Louis.