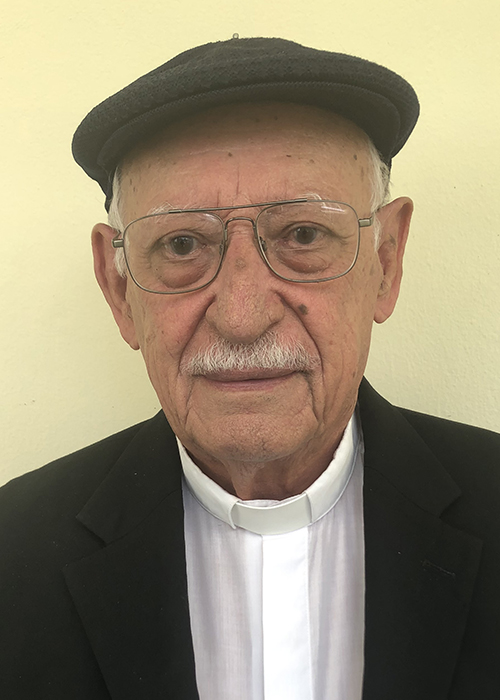 Father Jorge Ambert Rivera, SJ, entered the Jesuit Novitiate in Havana, Cuba, 70 years ago. He has spent the majority of his active ministry serving the people of Puerto Rico, currently working with Christian Life Communities in San Juan while serving as a spiritual advisor to Renovación Conyugal, a marriage renewal program.

Previously, Fr. Father Ambert Rivera served for more than a decade as a campus minister at Centro Universitario Catolico (CUC), in the capital of San Juan before beginning retreat ministry at Casa Manresa, in Aibonito.

He then transitioned to the marriage renewal work at Renovación Conyugal which has been so central to his ministry. He served as superior for the Jesuits of Puerto Rico from 2003 to 2009.

Now 87 years old. Fr. Ambert Rivera still serves the island where he was born and raised.

He holds degrees in classics and philosophy, as well as two theology degrees, from universities in North and Central America.

Fr. Jorge Ambert Rivera’s Reflection on 70 Years as a Jesuit:

So many times, I had the opportunity to proclaim the many mercies I had received from the Lord.  So many gifts, such great patience!  I am so happy after having proclaimed the Word of God in so many places, to so many people; in a very special way with so many married couples with whom I took part in their consecrated mission along with my priestly consecration.