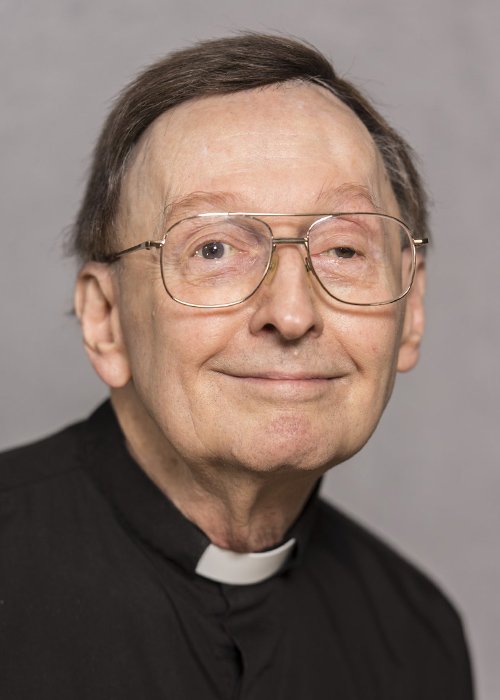 Father Louis Oldani, SJ, has been a member of the Society of Jesus for 70 years. During that time, he has served God and the Church through teaching and academia.

Born in St. Louis in 1933, he attended St. Louis University High School. Upon his graduation in 1951, he entered the Jesuit novitiate.

From 1971-2016, Fr. Oldani was a member of the faculty at Rockhurst College (now Rockhurst University). He started out as a teacher of English and American Literature, then was a professor of English for 26 years before becoming a professor emeritus of English.

Since 2016, he has been a pastoral minster in the Jesuit Hall Community at Saint Louis University.

Father Oldani holds four degrees from Saint Louis University: a bachelor’s degree in philosophy (1957), a licentiate in philosophy (1959), a master’s in English (1962) and a Bachelor of Sacred Theology (1966). He also received a Ph.D. in English/American Literature from the University of Pennsylvania in 1972.