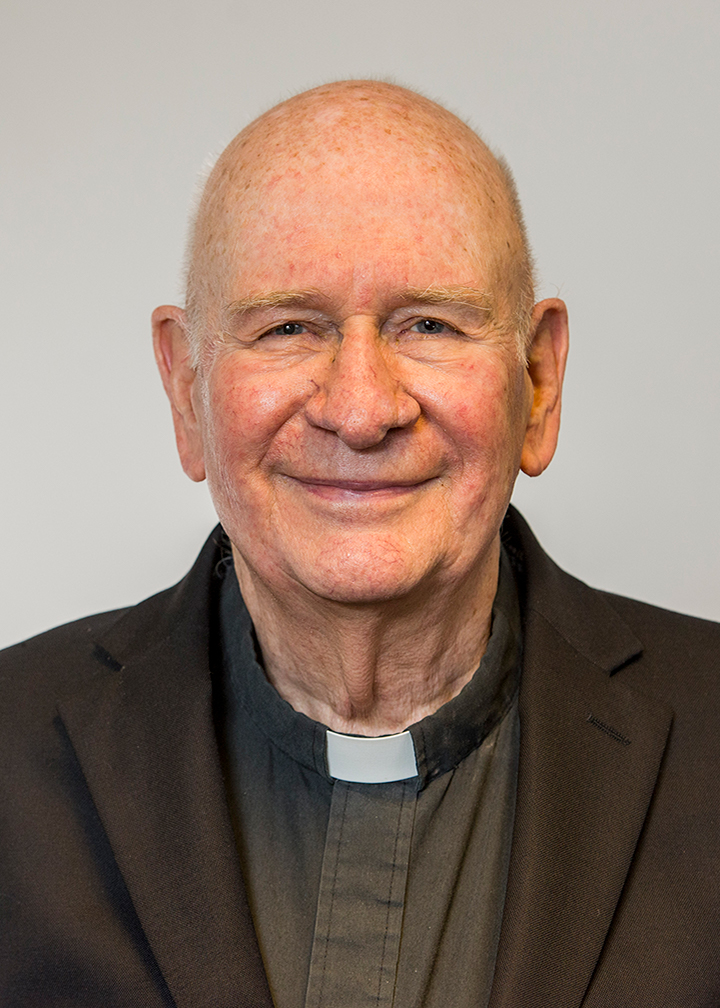 Father Richard Hadel, SJ, has been a Jesuit for 70 years. Over the course of his Jesuit life, he has served all over the country but has made his greatest impact in the Central American country of Belize and the city of St. Louis.

Father Hadel first went to Belize while a Jesuit in formation, when he taught English and Latin at St. John’s College in Belize City. He returned to the school following his priestly ordination, teaching theology and religion in addition to serving as a mission consultor, prefect of health and admonitor.

Father Hadel returned to the U.S. in 1982 and has been in St. Louis ever since. His first assignment was at White House Retreat, then Saint Louis University’s Fusz Memorial. From 1986 to 2005, he taught and served as the Jesuits superior at the city’s two Jesuit high schools, De Smet Jesuit High School and St. Louis University High School.

He then was given a special assignment as a sacramental minister at St. Cecelia Catholic Church in south St. Louis, where he served a predominately Hispanic population.

He returned to White House Retreat in 2008, before beginning his current assignment as pastoral minister in 2015.

Father Hadel’s Reflection on 70 Years as a Jesuit:

Half a Poem for Half a Thought

From time to time
I get a sniff
Of the divine –
But just a whiff.

And when I do,
It’s far from what
I thought I knew
Or I was taught.

And then it’s gone
Again, as if
I’m being told:
“A whiff, a sniff
Is all, my son
Your head can hold.”

I Have Run the Race

When a Jesuit has finished with
His multipartite course,
He is competent to execute
A mental tour de force.

Whether Yugarit or Yoga
Be the theme of his discourse
He will bridle it as deftly
As he would the Trojan horse.

At ease at any platitude –
Or shall we say plateau? –
He is equally acquainted
With space or Cicero.