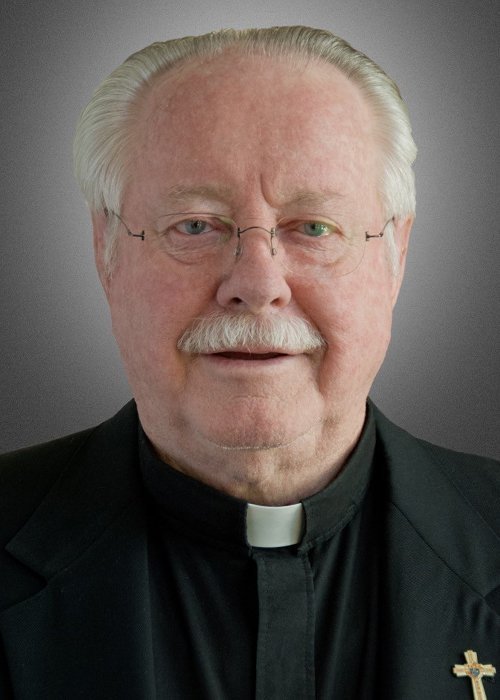 Father Richard McGowan, SJ, has been a Jesuit for 75 years. During that time, he has served God and God’s People in a variety of ministries.

Born in Jamaica, N.Y., in 1929, his family moved to the Dallas area when he was nine years old.

After graduating from Jesuit College Preparatory School of Dallas in 1946, he entered the Jesuit novitiate the following fall.

His active ministry has included numerous assignments as an educator and pastor and a few community-service and counseling roles mixed in along the way.

After first being assigned to Jesuit Dallas while still in formation, he returned to the school following his ordination as a teacher and counselor.

Next came two assignments as assistant pastor in New Mexico, first at Immaculate Conception Parish in Albuquerque, and then at Assumption Church in Roswell. He worked with economically poor children and youth at Our Lady’s Youth Center in El Paso, Texas, and as assistant pastor at the Catholic Community Church in Mauldin, S.C., while doing a counseling residency.

He returned to Jesuit Dallas, this time as a counselor, guidance director and director of the school’s senior community service program.

He served as chaplain at Parkland Memorial Hospital in Dallas, as administrator at St. John’s Church in Ennis, Texas, and as pastor at Assumption of Blessed Virgin Mary in Decatur, Texas, and Sacred Heart Church, Tampa, Fla.

He returned to Immaculate Conception Parish in Albuquerque, where he served from 1998 to 2019.

Since 2019, he has been praying for the Church and Society at St. Alphonsus Rodriguez Pavilion in Grand Coteau, La.