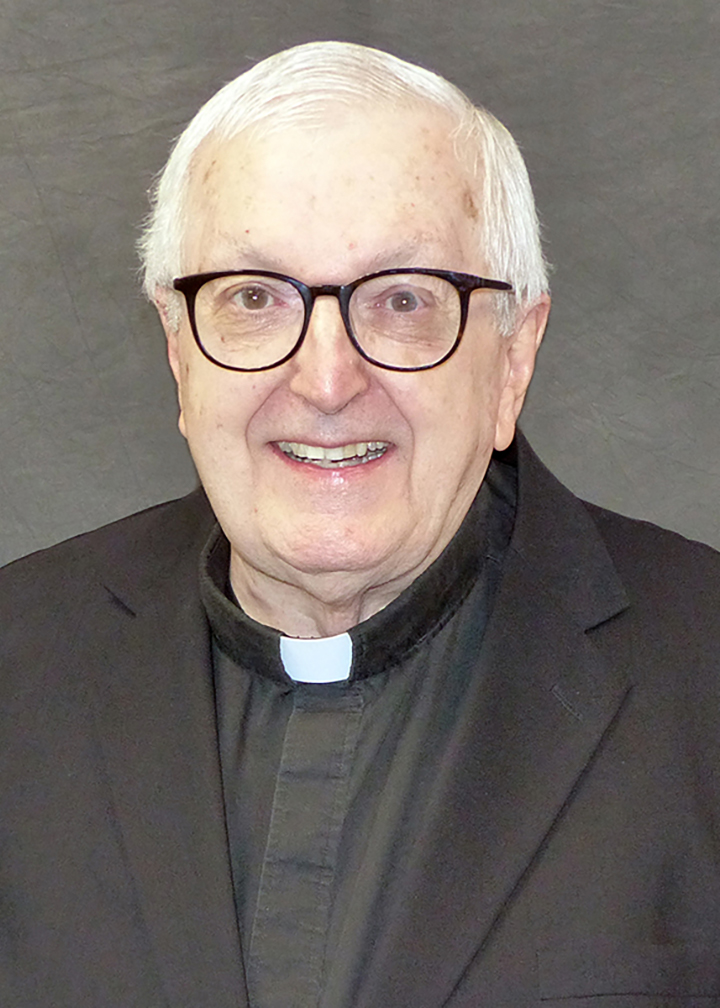 Since his priestly ordination in 1972, Fr. Bob Hagan, SJ, has served in a variety of roles in many places.

He spent 20 of his 50 years of ministry at parishes in Colorado. He served at Sacred Heart Parish in Denver, Holy Trinity Parish in Trinidad and Holy Family Parish in Pueblo as an associate pastor or pastor.

Father Hagan served nearly 15 years in Rome, raising funds and handling public relations for three Jesuit academic institutions, as editor-in-chief of the Yearbook of the Society of Jesus and as treasurer at Collegio Bellarmino.

More recently, Fr. Hagan has served as an associate pastor at Jesuit parishes in New Orleans and Kansas City, Mo.

He is now a member of the Jesuit Hall Community at Saint Louis University and is engaged in spiritual direction and giving nine-month retreats in daily life based on the 19th Annotation in the Spiritual Exercises, mostly by Internet.

Father Hagan’s Reflection on 50 Years as a Priest:

My 50 years of priesthood have been interesting years in terms of all that has gone on in the world, the Church, the Society of Jesus, and my life.  They have been years rich in many ways, especially in grace.

As I look back on them, many things stand out.  I have lived and worked in many places — St. Louis, Denver, Rome, Trinidad, Colo., Pueblo, Colo., New Orleans, and Kansas City, Mo.; spent summers living and working in Munich, Paris, and London; and been able to travel to Scotland, Austria, Belgium, the Netherlands, Malta, Spain, Ireland and other places.

Most of all, however, there are the many people of all kinds I have known everywhere, a good number of whom became treasured friends.

My prayer on this occasion is taken from the Lutheran mystic and Secretary General of the United Nations Dag Hammarskjold: “For what has been, thanks!  For what will be, yes!”