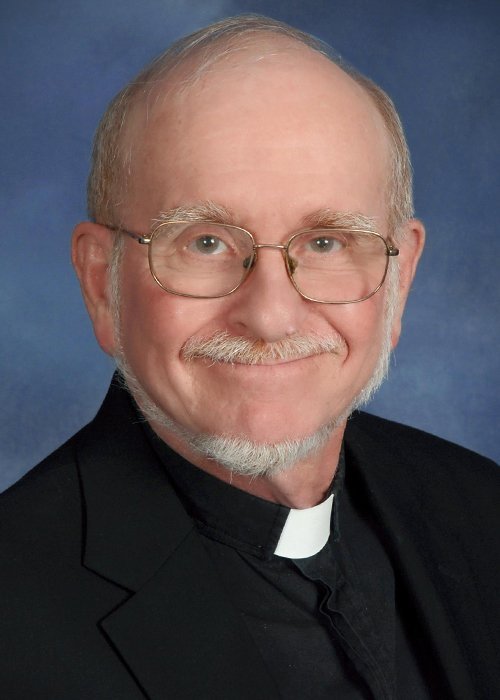 Father Stephen Rowntree, SJ, entered the Society of Jesus at the age of 17. This year he is celebrating 60 years as a Jesuit.

As is typical for Jesuits in formation, Fr. Rowntree studied philosophy, but for him, it became a true passion. He went on to obtain a doctorate in philosophy and has spent much of his ministry teaching the subject. After being ordained a priest in 1975 and completing his Ph.D. at Fordham University the following year, he taught philosophy at Loyola University New Orleans for the next seven. Following that was an assignment as director of the Center for Jesuit Academic Formation in New Orleans.

After returning to Loyola for one more year, Fr, Rowntree took a sabbatical to Zimbabwe, at the end of which he was assigned to teach philosophy and serve as rector’s delegate at Arrupe College in the capital city of Harare.

Upon his return to the U.S., he went back to Loyola for more than a decade, then served as associate pastor at Holy Name of Jesus Church in New Orleans.

Since 2020, he has remained at Holy Name of Jesus as a priest in residence.

“God is love,” and the size of the material universe, 93 billion light-years in diameter, is an image for me of how great is God’s love revealed in Jesus Christ.

Romans 8:38-39 summarizes for me the immensity of God’s love: “For I am convinced that neither death, nor life, nor angels, nor principalities, nor present things, nor future things, nor powers, nor height, nor depth, nor any other creature will be able to separate us from the love of God in Christ Jesus our Lord.”

I am now “in residence” at Holy Name. I still do Masses, weddings, baptisms, anointings, spiritual direction, as needed. Thanks to family, friends, parishioners, fellow community members who have shown me such love and appreciation over the past 10 years. As always, I “give the Lord glory” that all things in my life reveal God who is love.