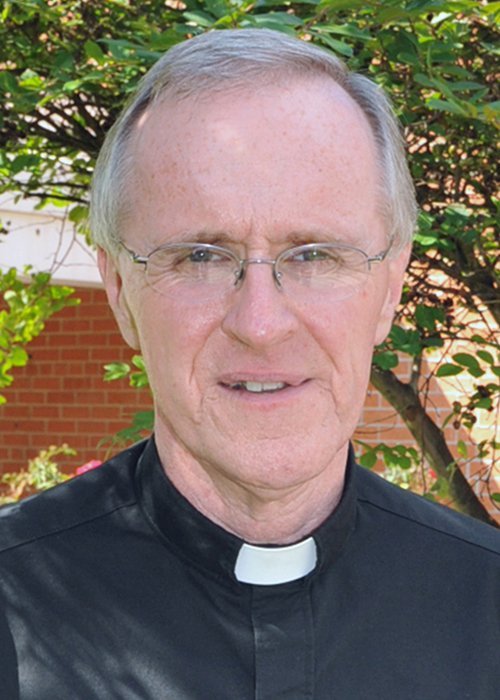 Born in Boston in 1952, he graduated from Boston College High School in 1971 and entered the Society of Jesus the following fall. He was ordained a priest on June 20, 1981.

Over the years, he has taken an interest in traditionally underserved populations, tailoring his education and active ministry to help fill that need.

In his pastoral year following ordination, he served at Our Lady of Mt. Carmel Church in Chicago, where he learned to love parish work.

After a year of teaching at Bishop Connolly High School in Fall River, Mass., he became chaplain at Boston City Hospital (1983-1986) and then chaplain to the HIV/AIDS clinic there from 1986-1991. From 1991-2005, he served as pastor of Saint Francis de Sales-Saint Philip Parish in Boston.

In 2006, he took over as pastor at Immaculate Conception parish in Baton Rouge, La., which serves a predominately African-American congregation. He remains there 15 years later, and, since 2017, has taken on an additional role of chaplain at the Catholic Student Center of nearby Southern University.

Fr. Tom Clark’s Reflection on 50 Years as a Jesuit

As I reflect upon my 50 years in the Society of Jesus, the words that come to me are, “Trust the journey and be grateful for it.”

I entered the Society when I was 19 years old. So, I grew up in the order. Growing up is often confusing, painful and a series of stops and starts. As I learned to let go of my false self and embrace my true seIf, I am thankful to my brother Jesuits who have been patient, forgiving and encouraging to me along the way.

I have been blessed with wonderful assignments: high school teacher, hospital chaplain, chaplain in an HIV/AIDS clinic, a pastor of two parishes. Thirty-five of my 40 years as a priest have been in ministry with and for the Black Catholic community in Boston and Baton Rouge. That has been an amazing grace in my life that has increased my faith and trust, grounded my hope and taught me how to love and be loved.

Above all, I am grateful for the gift of the legacy of Saint Ignatius that has taught me to find God in all things and to know that I am not lucky, I’m loved.