Remembered by his brother Jesuits as prayerful, hardworking and quiet, his life will be celebrated in a Mass of Christian Burial at St. Francis Xavier College Church on Thursday, May 6, at 10:30 a.m. The visitation will be in the church immediately before, beginning at 10:00 a.m. Burial will be at Calvary Cemetery, immediately after the Funeral Mass.

Bob Aug was born in Overland, Mo., on Aug. 6, 1929, to Roland Aug and Regina Amptmann Aug. In addition to his parents, he was predeceased by brothers Lawrence, Edward and Raymond Aug. He is survived by his brother Richard Aug and his sister, Dorothy Minkler.

He entered the Society of Jesus (the Jesuits) at St. Stanislaus Seminary in Florissant, Mo. on Sept. 27, 1952 and pronounced first vows on Sept. 29, 1954. He remained at St. Stanislaus working as an electrician until 1959, when he was missioned to St. Mary’s College in St. Marys, Kansas, to do carpentry and painting.

On February 2, 1963, he pronounced Final Vows at St. Stanislaus Seminary in Cleveland, Ohio.

When St. Mary’s College closed in 1967, he was sent to St. John’s College in Belize City, Belize, where he remained for twenty years, until 1987. There, he took care of the community’s automobiles. When the priest who served one of the mission communities could no longer go to celebrate Mass, Br. Aug continued going to lead Communion services. Although this was not easy for him, he was faithful to it for years, as well as to providing free rides to villagers who were going back and forth to Belize City. The village people accepted him and loved him.

Brother Aug served as assistant minister to the Bellarmine House of Studies in St. Louis from 1987 to 1990, when he was missioned as assistant to the director to the Jesuit senior care facility in St. Louis. He held this post until 2008, when he was made sacristan of the Jesuit Hall Community. In 2011, he was missioned to pray for the Church and the Society.

Brother Aug was a “traditional” Jesuit brother – quiet, hardworking, prayerful and unassuming. In his curiosity about how things work, he took apart many a device, but in his later years, he was notorious for his inability to put things back together!

We remember with gratitude all that God has done through Br. Aug’s life of service to God and God’s people. 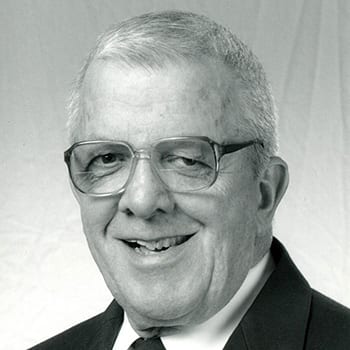