He will be remembered in a Mass of the Resurrection at 10:30 a.m. Saturday, Nov. 20, in Jesuit Hall in St. Louis. Burial will follow at Calvary Cemetery. The Mass will be livestreamed on YouTube.com. Search for “Bayhi Funeral Mass.”

Father Bayhi was born in New Orleans on Aug. 9, 1934. He is predeceased by his father, Henry Peter Bayhi, his mother, Sophia Marie Carriere Bayhi and his brother, Henry Joseph Bayhi. He is survived by his sister, Norma Duffy and his niece, Susan Duffy-Diaz, as well as his brothers in the Society of Jesus.

In 1955, Fr. Bayhi was sent to Spring Hill College, in Mobile, Ala., where he studied education and philosophy. He then began a long career in secondary education, beginning at Jesuit High School in Dallas. He taught there 1960-63 and then left for St. Mary’s College in St. Marys, Kansas, for his theology studies.

For one year, Fr. Bayhi served as associate pastor at St. Joseph’s Church in Houston, and then returned to teaching, this time at Fordham Prep in Bronx, N.Y., from 1982-84. His final three years of high school ministry were at St. Ignatius College Prep in Chicago.

Father Bayhi then began direct spiritual ministry. After completing clinical pastoral education, he served as a chaplain and engaged in pastoral care at Saint Louis University Hospital in St. Louis.

Father Bayhi’s final area of active ministry was as a spiritual and retreat director. He directed retreats and provided spiritual direction at Jesuit Spirituality Center in Grand Coteau for several years before preaching retreats at Manresa Retreat House in Convent, La.

A Mass of the Resurrection is being planned.

We remember with gratitude all that God has done through Fr. Bayhi’s life of service to God and God’s people. 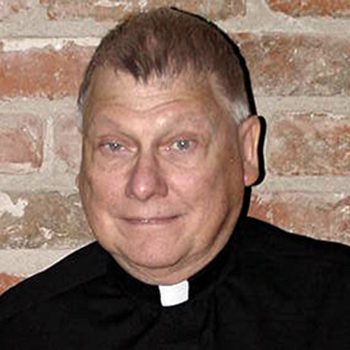