He was born in New Orleans, May 29, 1964, to Dr. Ray Bouzigard and Yvonne Duet Bouzigard. In addition to his parents, he is survived by his sisters Maria Bowes and Aimée Bouzigard, his brothers David, Jon and Paul Bouzigard, and several nieces and nephews. He was preceded in death by his brother Gary Bouzigard.

Following his graduation from Duke University, where he earned bachelor’s degrees in economics and biology in 1986 and a master’s degree in international economics in 1988, he experienced a growing interest in the priesthood. He entered the Jesuit Novitiate in Grand Coteau, on Aug. 14, 1991, and pronounced first vows on Aug.15, 1993. He was ordained a priest at Holy Name of Jesus Church in New Orleans on June 9, 2001.

After completing his doctorate at Oxford University, Fr. Bouzigard was missioned to Loyola University New Orleans in 2006 for one year. From 2007 until the end of 2012, he served in a variety of ministries, including fellow at the Jesuit Social Research Institute at Loyola University New Orleans; teacher of Latin American/Caribbean Studies and Catholic Theology at Loyola; professor of theology and applied economics/development at the Universidad Centroamericana (Central American University) in Managua, Nicaragua; associate pastor at St. Charles Borromeo Church in Grand Coteau and at Holy Name Church in New Orleans.

In January 2013, he was missioned to Our Lady of Guadalupe Parish in San Antonio as pastor and superior. Here he came into his own, feeling at home in this parish serving primarily Mexican-American parishioners. In 2017, he was appointed Vicar Forane (Dean) of the West Urban Vicariate and an adjunct spiritual director at Assumption Seminary of the San Antonio Archdiocese.

When the Jesuit province decided to turn Our Lady of Guadalupe Parish over to the archdiocese, Fr. Bouzigard managed the closure of the community and the transfer of the parish to diocesan clergy. But the archbishop requested that Fr. Bouzigard remain in the archdiocese. In January 2019, he began a new appointment as formator for priests and deacons of the Archdiocese of San Antonio. He moved to Assumption Seminary and soon became the pastoral minister for one of the mission churches and a spiritual director and confessor at the seminary, as well as member or chair of several committees. He was a sought-after spiritual director among the seminarians.

Father Bouzigard was a loyal friend and enjoyed telling stories and commenting on the foibles and absurdities he noticed around him. He was proud of his Cajun roots in south Louisiana and always enjoyed Cajun and Creole cuisine.

We remember with gratitude all that God has done through Fr. Bouzigard’s life of service to God and God’s people. 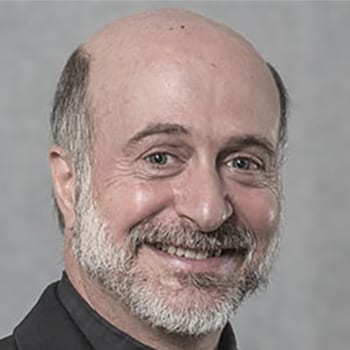