Remembered for his offbeat sense of humor and ability to connect with challenging students, Br. Puza’s life will be remembered in a Mass of Christian Burial at 11:00 a.m. on Tuesday, Jan. 7, at St. Charles College Chapel in Grand Coteau, La. Visitation will be in the same chapel, beginning at 10:30 a.m. before the funeral. Burial will be in the Jesuit Cemetery at St. Charles College, immediately after the funeral Mass.

John Puza was born in McAdoo, Penn., on Jan. 17, 1933, to John F. and Margaret Sabados Puza. He was preceded in death by his parents and his sister, Mrs. Gloria Kapish. He is survived by a nephew, Wayne Kapish, and niece, Denise Kapish, both of McAdoo.

Following a brief stint with the U.S. Army, Puza moved to Miami. By his own account, the Cuban missile crisis in 1962 prompted him to reexamine his priorities. He applied to the Society of Jesus (the Jesuits) and in September 1965 began the six-month postulancy required of Brother candidates at Spring Hill College in Mobile, Ala. He began the novitiate at St. Charles College in Grand Coteau, La., and pronounced First Vows on July 31, 1969 at Jesuit High School in Tampa, Fla.

Once he completed his degree in education, Br. Puza began his career as an elementary school teacher, which he loved. He taught in the Mobile (Alabama) Public Schools from 1980 to 1983, then at a Catholic grade school in Dallas 1983-85.

He was assigned to the Discipline Office at Strake Jesuit College Preparatory School of Houston in 1985, and then taught at Belen Jesuit Preparatory School in Miami, from 1987 to 1991. He then returned to elementary education at St. Ignatius School in Grand Coteau, where he worked from 1991 to 2005. After St. Ignatius School, he held a variety of short assignments until he was missioned to a senior Jesuits community in 2011.

Br. Puza loved teaching grade-school kids and had a gift for working with the most challenging students. Everywhere he went he was popular with the students, and his personnel file contains letters of support and appreciation from parents of his students.

We remember with gratitude all that God has done through Br. Puza’s life of service to God and God’s people.

Memorial gifts may be made to the USA Central and Southern Province of the Society of Jesus at 4511 West Pine Blvd., St. Louis, MO 63108 or on this website. 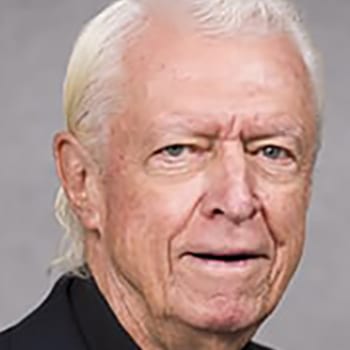