Anthony Coco was born Nov. 5, 1929, in Helena, Ark., to Rosario and Giovannina St. Columbia Coco. In addition to his parents, he was preceded in death by his five brothers: Sam, Vincent, Joseph, James and Father Francis, and by his sisters Mary Saia, Sarah Coco, and Sr. Rita Maria Coco, SCN. He is survived by nieces and nephews, cousins, and grand-nieces and -nephews and his brothers in the Society of Jesus.

Brother Coco entered the Society of Jesus (Jesuit) novitiate in Grand Coteau on Oct. 7, 1957, emulating his older brother Frank, who had entered in 1938 and been ordained to the priesthood in 1951. Tony, however, pronounced his first vows as a Jesuit brother on Oct. 10, 1959. He remained in Grand Coteau doing maintenance until 1962. He pronounced final vows in the Society of Jesus in New Orleans on June 13, 1969.

In 1962, Br. Coco was missioned to the Jesuit House of Studies at Spring Hill College in Mobile, Ala., to do various types of maintenance, and remained there until 1966, when he was chosen for a new mission in Campinas, Brazil. He remained in Brazil until 2005, with brief returns to the U.S. In Brazil, he worked directly with the poor, giving them technical assistance and teaching trades at the Centro Kennedy. He learned how to repair various sorts of machines and taught these skills to his students. He eventually learned to repair typewriters and later expanded his skills to include computer maintenance. Everything that he learned he passed on to the working classes of Campinas.

Brother Coco returned to the U.S. in 2005 and was assigned to maintenance duties at Ignatius Residence, the Jesuit retirement community in New Orleans. He moved with the community to the new St. Alphonsus Rodriguez Pavilion in Grand Coteau in 2013, continuing his maintenance work. But dementia began to set in, and he was able to do less and less, until the Lord called him home this past Sunday.

Before entering the Jesuits, Br. Coco served in the U.S. Army, 1951-52, and worked as an auto mechanic, being deemed something of a prodigy by beginning to work in the field at age 11.

We remember with gratitude all that God has done through Br. Coco’s life of service to God and God’s people. 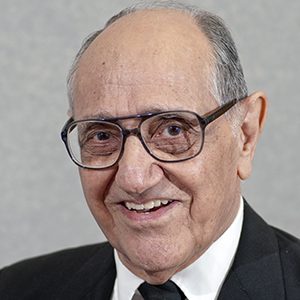