Father Harold Joseph Rahm, SJ, died Saturday, Nov. 30, 2019, in Campinas, Brazil, where he had served as a missionary since 1964. He was 100 years old, a Jesuit for 82 years and a priest for 69 years. Frequently referred to as “the Bicycle Priest,” he is especially remembered for his work in the Segundo Barrio in El Paso, Texas.

His life will be celebrated at a Memorial Mass at 1:00 p.m. Saturday, Dec. 14, at Sacred Heart Church, 602 S. Oregon St. in El Paso. Most Rev. Mark J. Seitz, Bishop of El Paso, will be the principal celebrant and Fr. Samuel Rosales, SJ will be the homilist.

Father Rahm spent most of his ministry in the United States in El Paso, Texas. He arrived there in 1952 as the associate pastor of Sacred Heart Parish. Feeling a strong pull to work with young people, he frequently walked or biked throughout the Segundo Barrio, the low-income, predominantly Hispanic neighborhood in which the parish is located, making himself available and reaching out to those in need. Within a few years, he founded Our Lady’s Youth Center, an outreach program for at-risk, low-income young people. He also established the Guadalupe Thrift Shop & Way of Life Homes in El Paso. He remained in El Paso for 12 years until he left to work as a missionary in Brazil in 1964.

In Campinas, Brazil, he continued his work with young people, founding successful programs to treat and prevent drug addiction.

He returned to El Paso in 2015, when he was honored as the first-ever “Segundo Barrio Person of the Year.”

Even as he aged, Fr. Rahm had boundless energy when it came to serving those in need, especially children, teens and young adults. He retired from ministry around the time of his 100th birthday in February. The celebration of his centennial filled a large church, with an emeritus bishop and 22 priests concelebrating the Mass with “Fr. Haroldo.”

A funeral Mass was held in Campinas on Dec. 1. A Memorial Mass will also be celebrated at Sacred Heart Parish in El Paso; those arrangements are pending.

In the video below, Fr. Edward Dougherty, SJ, remembers his brother Jesuit. Like Fr. Rahm, Fr. Dougherty was originally a Jesuit of the New Orleans Province, but moved to Brazil. 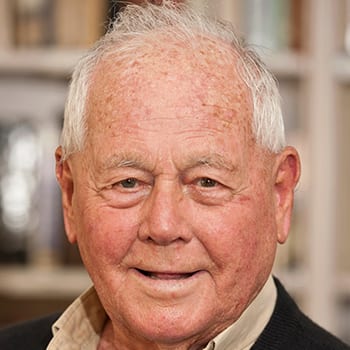