Jesuit Father A. Gerard Fineran died on Dec. 12, 2014, at St. Alphonsus Rodriguez Pavilion in Grand Coteau, Louisiana. He was 94 years old, a Jesuit for 77 years and a priest for 64 years.

Born in New Orleans on June 25, 1920, Fr. Fineran attended Annunciation grammar school and Jesuit High School. After graduating, he entered the Society on Aug. 14, 1937, at St. Charles College in Grand Coteau. Following First Vows, he studied humanities in Grand Coteau and philosophy at Spring Hill College in Mobile, Alabama, before his regency at Jesuit High School in New Orleans. He studied theology in Louvain, Belgium, earning the S.T.L. in 1951. He was ordained in Louvain on Aug. 24, 1950, made tertianship in Valencia, Spain (1951-52), and pronounced his final vows on Aug. 15, 1954, in Rome.  Very early on, Fr. Fineran’s talents were used for internal ministry. He was gifted in languages, including French, Spanish, Italian and Latin, which he taught as a regent. After teaching in the Juniorate at Grand Coteau immediately after tertianship (1952-53) he was called to Rome to be sub-secretary to the American Assistant (1953-57). He returned to Grand Coteau for a year as minister of the community (1957-58) and two more years of teaching (1958-60). In 1960, he was appointed Socius to the Provincial of the New Orleans Province, and served in that capacity until 1968. His was an extraordinarily eventful term, since during it he saw the opening and closing of the Second Vatican Council as well as both sessions of the Thirty-First General Congregation of the Society and the election of Pedro Arrupe as Superior General in 1965. He also served as Socius to three Provincials, Frs. Larry O’Neill, Cecil Lang, and John Edwards, as well as being Socius to Vice-Provincial Andrew Smith while Fr. O’Neill was Visitor to the Province of Mexico. Fr. Fineran himself served as Vice-Provincial while Cecil Lang attended G.C. 31.

Following his tenure as Socius, as part of the inaugural efforts of the New Orleans Province to create assistants to the Provincial, John Edwards asked him to serve the pastoral sector as Director of Pastoral Endeavors. However, he longed to be directly involved in pastoral work rather than supervising it. Finally, he was missioned to Our Lady of Guadalupe Parish, but that assignment turned out to be brief when another call came from the province office.

In the mid-1960’s, when it was no longer feasible for the New Orleans Province to send men to Sri Lanka, the province was asked to provide men to Brazil. In 1970, a call for volunteers went out from the Provincial. Fr. Fineran was among the first to offer his services and was soon on his way. His language skills allowed a smooth transition to Portuguese. He would remain in Brazil, a place he loved, for over 40 years, until 2012, serving first in pastoral work in Campinas, where he stayed for 11 years until 1981. He then moved to Indaiatuba, a municipality in the state of São Paulo, to do retreat work. In 2012, ill health required him to return to the U.S., initially to Ignatius Residence, then to the St. Alphonsus Rodriguez Pavilion in Grand Coteau. Even when his own health was poor, he maintained his wry sense of humor and his concern for his brother Jesuits.

Fr. Fineran is preceded in death by his parents, John and Louise (Everett) Fineran; and his brothers John S. II and Peter. He is survived by his nephew, John S. Fineran, III; his niece Kathleen Schettler; and cousins Everett and Kay Bonner. 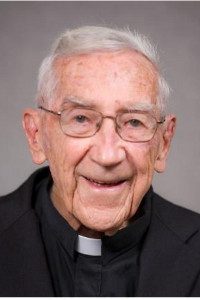