Remembered by his fellow Jesuits for his faithfulness and small acts of kindness, his life will be celebrated in a Mass of Christian Burial at St. Francis Xavier College Church on at 7:15 p.m. on March 18, 2020. Burial will be in Calvary Cemetery in St. Louis on Thursday, March 19.

He was born in Pensacola, Fla., on March 13, 1953, to a naval flight instructor, Henry W. Ryan and his wife, Dorothy Mae Torrey Ryan. In addition to his parents, he was preceded in death by his brother Christopher. He is survived by a brother, Henry W. Ryan of Omaha, Neb., and a sister, Kathleen Moore, of Council Bluffs, Iowa.

When his father retired from the Navy, he moved the family to Wichita, Kansas, where Francis attended Chaplain Kapaun High School, a Jesuit school at the time. Following two years at Regis College (now University) in Denver, he entered the Society of Jesus on Aug. 26, 1973, at Kostka House in Kansas City, Mo. He pronounced First Vows two years later. He was ordained to the priesthood June 23, 1984 and pronounced Final Vows March 12, 2008.

Father Ryan taught at De Smet Jesuit High School in St. Louis for three years, 1978–81 and again, 1986-89. From 1997 until 2011, he was a professor of English (and department chair 2007-10) at John Carroll University in Ohio. He spent one year as a visiting scholar at the Institute of Jesuit Sources in St. Louis, and then made a change in ministry. From 2012 until 2016 he was a staff chaplain at Saint Louis University Hospital. He directed retreats at White House Jesuit Retreat in St. Louis for one year.

In 2017, he was assigned to the Jesuit Hall Community as a health care delegate in the elder care division.

He is remembered as a caring person who taught others by being a jubilant Christian, open to the wonders of God’s Word and gifts. One friend recalled that Fr. Ryan could “lead people to see the joy [of the Risen Lord] that frees people to get through the hard times. Francis could do the simple things that reflected God’s love and care for the people he served.”

We remember with gratitude all that God has done through Fr. Ryan’s life of service to God and God’s people. 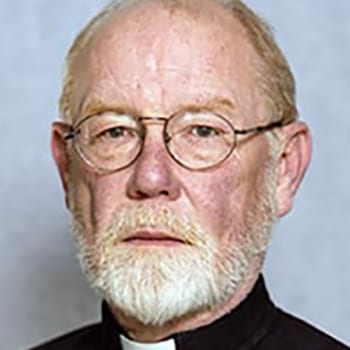