Thomas Kelly was born in Topeka, Kansas, on March 14, 1939, to Thomas E. Kelly and Veronica Harkin Kelly. In addition to his parents, he was preceded in death by his sister, Dorothy Ryan and her husband, Tom Ryan, as well as his oldest niece, Peggy Intravia, and his niece-in-law, Nancy Ryan. He is survived by a nephew and a niece and his brothers in the Society of Jesus (the Jesuits).

Father Kelly entered the Society of Jesus at St. Stanislaus Seminary in Florissant, Mo., on Sept. 1, 1964 and pronounced first vows two years later. He was ordained to the priesthood on June 15, 1979 at St. Francis Xavier Church in Kansas City. He pronounced his final vows on March 12, 1994, at the Chapel of Christ the Crucified King in the Saint Louis University Hospital. This location was significant to him because he coordinated its renovation while serving as the director of the hospital’s Pastoral Care Department. The project brought together his aesthetic, creative, spiritual and personal gifts, as well as his attention to detail. To be at the heart of the revival of a place of such extraordinary beauty and inspiration for patients, families and staff was a source of deep satisfaction for him.

Father Kelly served Saint Louis University for 27 years: at the hospital during the 1980s, later in human resources and finally in admissions. He was beloved by many as a joyful, sensitive and caring colleague. After his retirement from the university in 2010, he continued his ministry of counseling and friendship at Jesuit Hall until declining health necessitated his move to the infirmary in 2015 to pray for the Church and the Society.

Father Kelly is remembered as a “carrier of joy” who possessed “a sense of humor that could slide people out of the chair onto the floor.” He maintained innumerable friendships, and his loyalty to family and friends powerfully reflects God’s loyalty to all of us.

He graduated from Washburn University in Topeka with a bachelor’s degree in economics and history. After one year of law school at Washburn, he transferred to Kansas State University in Manhattan, Kansas, where he earned a master’s degree in economics and psychology in 1964. After the Jesuit novitiate, he studied philosophy at Saint Louis University, where he remained to complete a Ph.D. in health organization research. He completed his theology studies at the Jesuit School of Theology in Berkeley, Calif., graduating with a Master of Divinity in 1979. He continued studies at Ministry Training services in Denver and at the Graduate Theological Union in Berkeley to earn a master’s in pastoral care in 1981.

We remember with gratitude all that God has done through Fr. Kelly’s life of service to God and God’s people. 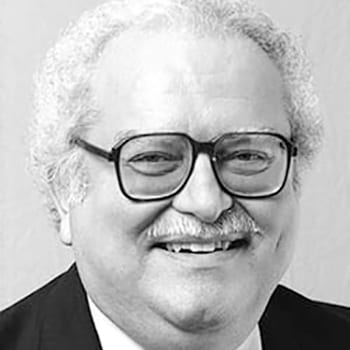