He was born in Chicago on Feb. 14, 1939, the son of Italian immigrants. After many moves, the family settled in Dallas. He is preceded in death by his parents, Sam Gussio and Angie Piraino Gussio. He is survived by his sister, Josephine Roppolo of Dallas.

He entered the Society of Jesus at St. Charles College in Grand Coteau, on July 18, 1961. He pronounced First Vows on July 31, 1963. He pronounced his final vows on February 2, 1974, at Our Lady of Guadalupe Church in San Antonio, Texas.

His early training as a Jesuit included both a general education and vocational training in addition to religious formation.

In 1966, he became a member of the New Orleans Province Brothers Work Crew, which moved to various places in the province to complete specific projects. In two years, he worked with the crew in New Orleans, Grand Coteau, Mobile, Atlanta, and Houston. In the summer of 1968, while working in Houston, the Provincial asked him to go to Our Lady of Guadalupe Parish in San Antonio to help out for a month. He was to remain there for almost fifty years.

Brother Gus loved being at Our Lady of Guadalupe Parish, and the people there loved him. He was a gentle giant (6’3”), and he loved the fact that the parish was situated among the poor, for whom and with whom he desired to work. While there, he added to his skills, learning electrical, air-conditioning, automobile repair and watch repair.

He became particularly adept at fundraising and supported a variety of projects and scholarships. It was estimated that over the years Brother Gus had brought in around a million dollars to support the Community of Our Lady of Guadalupe. 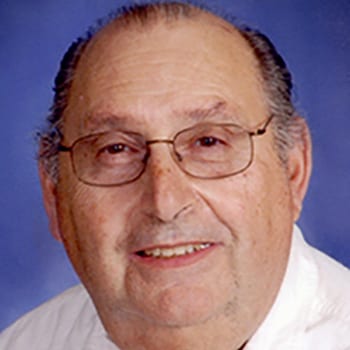