Fr. Hoewischer was born in Cairo, Illinois, on Feb. 10, 1923. His grammar and high school education was at St. Joseph in Cairo, from which he graduated in 1941. He served in the U.S. Navy during World War II, and he was on Iwo Jima as a medic during the famous battle. After the war, he received his R.N. from Alexian Brothers Hospital School of Nursing. He then studied hospital administration at Saint Louis University, and it was there that his interest in the Society of Jesus developed.

He entered the Society at St. Stanislaus Seminary on Aug. 8, 1947. After vows, and a year of juniorate, Fr. Hoewischer returned to Saint Louis University for philosophy studies, earning the Ph.L as well as an M.A. in education. He spent a year of regency at Campion High in Prairie du Chien, Wisconsin, then studied theology at St. Mary’s College in St. Marys, Kansas, receiving an S.T.B. He earned a Ph.D. in psychology at Boston College (1972). He was ordained June 19, 1957, at St. Mary’s and his tertianship was at St. Joseph’s Hall in Decatur, Illinois (1958-59). He pronounced final vows in 1978 at Regis College in Denver.

Most of Fr. Hoewischer’s ministry was at Regis University, where he showed his devotion to the higher education apostolate. He served as instructor and dean of students; he was academic dean from 1960-64. After teaching education, psychology and counseling courses for nine years, he returned to special studies and, building upon his previous training as a nurse, obtained his doctorate in psychology at Boston College.

Returning to Regis University, he not only taught psychology but also counseled many clients in the Denver area, including priests and women religious at a time when there was much confusion in church and religious life. During these years he served for a time as chair of the psychology department. He was also of assistance to the province in doing the psychological assessments of candidates for a number of years. In 1992 he moved to Xavier Center where he focused on retreat ministry. Still, he was available to priests of the archdiocese, some of whom came to see him in his final weeks before he entered Collier Hospice.

He is preceded in death by his parents, Price Hoewischer and Anna Lee Jones Hoewischer. He is survived by a foster brother, Lloyd Reed, of Charlotte, North Carolina. 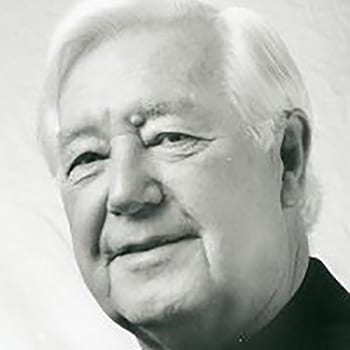