Jesuit Father Ernest J. Jacques died on Oct. 8, 2014, at Our Lady of Wisdom Healthcare Center in New Orleans. He was 80 years of age, had been a Jesuit for 61 years and a priest for 48 years.

Fr. Jacques was born on Sept. 8, 1934, in New Orleans, and graduated from St. Aloysius High School in 1952. After a year at Loyola in New Orleans, he entered the Society of Jesus on July 30, 1953, at St. Charles College in Grand Coteau, Louisiana. An extraordinarily bright student, he progressed smoothly through the juniorate in Grand Coteau and philosophate at Spring Hill, Alabama, where he earned two degrees. After regency at Jesuit High New Orleans, he studied theology at St. Mary’s Colleges and was ordained as a priest on June 7, 1966, at Holy Name of Jesus Parish in New Orleans. His tertianship was at Abdij Drongen, Belgium (1967-68).

Fr. Jacques had a remarkable facility with languages, and it seemed at first that he might become a professor of Scripture; in that light he studied Arabic at Harvard and matriculated at the Pontificio Istituto Biblico in Rome, Italy. However, he found that he was less energized by research and scholarship than he was by teaching. Over the years he taught just about every subject at Jesuit high schools in Dallas, New Orleans, Tampa and Shreveport and at Spring Hill College in Mobile. However, teaching Scripture was always his special gift. At St. John’s High in Shreveport, he was also president and superior (1979-82).

He taught Scripture in adult education programs in north and central Louisiana. In 1982-83 he was the chaplain and taught Catholic Studies at the Catholic Student Center in Monroe, Louisiana. From 1983-85 he worked at St. Pius X Church in Shreveport, Louisiana, in the adult education program and deacon program. He volunteered to teach in Africa at St. Paul’s Seminary, Juba, Republic of South Sudan, but circumstances in the Sudan required him to return to the U.S.

Returning from Africa, he worked mainly in pastoral ministry: pastor and rector at St. John Berchmans Cathedral in Shreveport from 1986-88 and associate pastor at Immaculate Conception Church in New Orleans from 1988-94. He was the pastor of St. Joseph Church in Mobile from 1994-2009. His last mission, beginning in Feb. 2009, was to pray for the Church and the Society in New Orleans at Our Lady of Wisdom.

Fr. Jacques is preceded in death by his parents, Ernest Joseph Jacques, Sr. and Mrs. Florence L. Wilkie Jacques. He is survived by his brother René Charles Jacques and a niece, Alice Schwarzenbach. 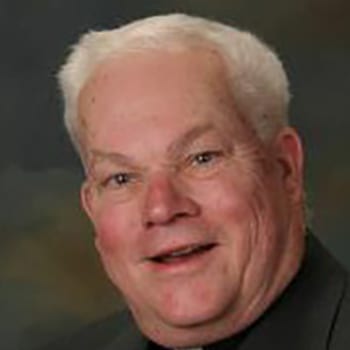