He was born in El Paso, Texas, on Jan. 31, 1921, to Oren Taylor Key and Dolores Gonzales Gallardo Key. In addition to his parents, he was preceded in death by his brother John and sisters Dolores Key and Mary Jane Stebbins. He is survived by his sister Ruth Guevara of San Jose, California.

He studied humanities in Grand Coteau and philosophy at Spring Hill College in Mobile, Alabama, earning a bachelor of science in Physics. His theology studies were at St. Mary’s College in St. Marys, Kansas, where he earned the licentiate in Sacred Theology. He did a year of study in Spanish at the University of Madrid in Spain (1955-56), earning the licentiate in philosophy and letters. He eventually received a Ph.D. in Spanish from the University of New Mexico (1972). He also achieved an M.A. in French at the same time.

He was ordained to the priesthood on June 17, 1953 in St. Joseph Chapel at Spring Hill College. He pronounced his final vows on February 3, 1958 in Sacred Heart Church in El Paso, the church of his baptism.

Fr.Key spent the first 25 years of his ministry in education, at both the college and high school levels. He spent two years (1956-58) at the Revista Press in El Paso, where he wrote for Revista Catholica. He then taught theology at Spring Hill College (1958-61) and for one year at Belen Jesuit in Miami before being missioned to Corpus Christi Minor Seminary in Corpus Christi, Texas (1962-66).

Early on he saw the importance of Jesuits knowing Spanish well, and he pursued fluency through classes, living in Spain, and eventually, doctoral studies at the University of New Mexico (1966-70). He then returned to teaching at Jesuit High in New Orleans and Strake Jesuit College Preparatory in Houston.

In 1977, he went to Chile to teach for a year at the Colegio San Mateo in Osorno. He remained in Chile, in Antofagasta, teaching at the Catholic university there and doing pastoral work. It was a very poor place, with few priests, and he found the demanding workload very satisfying. He then moved to Santiago, doing retreat work and teaching in the school at Padre Hurtado. He was missioned to Paraguay in 1981 and spent more than three years there, much of it in San Ignacio.

After a sabbatical, he was missioned to the Diocese of Fort Worth, Texas, where he served as pastor at three parishes simultaneously: Holy Family Parish in Vernon, St. Joseph’s Parish in Crowell and St. Mary’s Parish in Quanah. He remained there for 14 years, 1985-2009. During those years, he became involved with assisting immigrants to the United States

He moved to Immaculate Conception Parish in Albuquerque, where he served until March of 2015, when his health indicated a move to the Jesuit retirement community in Grand Coteau.

Bishop Michael Olson of the Diocese of Ft. Worth, on learning of Fr. Key’s death, recalled the significant impact Fr. Key had: more than one man had entered the seminary due to his influence. The people of his parishes still loved and missed him. 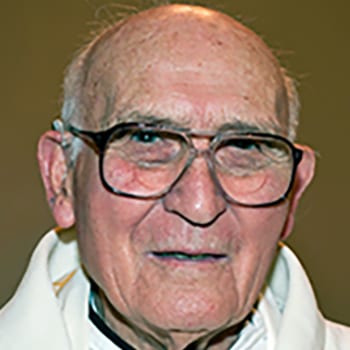