Remembered by his Jesuit brothers as a great teacher and conversationalist, his life will be celebrated with a Mass of Christian Burial at 11:00 a.m. on Feb. 21, 2022, in the chapel at St. Charles College in Grand Coteau. A visitation will be held in the same chapel beginning at 10:30 a.m. Burial will be in the St. Charles College cemetery following the Mass.

Leo A. Nicoll was born on Aug. 6, 1931, in Galveston, Texas, to Leo and Marie Trahan Nicoll. In addition to his parents, he was preceded in death by his brother, Malcolm Nicoll. He is survived by his sister Frances (Jerry) Laird of Santa Fe, Texas, and his brothers in the Society of Jesus.

Father Nicoll began his ministry of education at Jesuit High School in Tampa, Fla., where he taught from 1956 to 1958. He returned to Tampa in 1963, but after a year was sent to Grand Coteau to teach young Jesuits.

After earning his doctorate, he taught history at Spring Hill College for six years before moving to Loyola University New Orleans. There he spent the greater part of his teaching career, as an associate professor of history until 2009, along with a stint as assistant dean of arts & sciences 1977-80. From 2009 until 2020, Fr. Nicoll remained at Loyola as an emeritus professor. During these years he focused on research and writing, including some work with the New Orleans Province Archives, which were then housed at Loyola.

Father Nicoll was recognized as Teacher of the Year at Spring Hill College, an honor selected by the students. He was challenging but fair, and had a tremendous knowledge of Modern European history, his specialty. He also taught Ancient History and History of the Church. Anyone who conversed with him about history soon recognized his encyclopedic knowledge, as well as his continued interest and enthusiasm.

For four years, 2013-17, he served as vice-rector of the community for senior Jesuits in New Orleans, showing compassionate, personalized care for the elder Jesuits.

Father Nicoll moved to the Jesuit retirement community in Grand Coteau in 2020. St. Charles College is also home to the Jesuit Novitiate of St. Stanislaus Kostka, and the novices enjoyed Fr. Nicoll’s quick wit, keen insight and extensive knowledge of history. He was a great companion and will be sorely missed.

We remember with gratitude all that God has done through Fr. Nicoll’s life of service to God and God’s people. 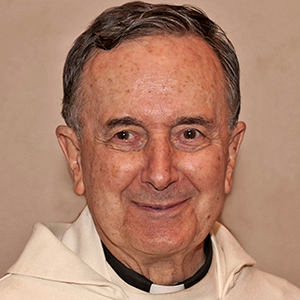