Beloved by generations of students at Jesuit High School in New Orleans, Fr. O’Neal was remembered at a funeral Mass on Thursday, June 24, 2021, in the Church of St. Charles Borromeo in Grand Coteau. Interment followed in the St. Charles College cemetery.

Norman O’Neal was born in Shreveport, La., on May 24, 1926, and baptized at St. John Berchmans, the Jesuit church, a short time later. He was preceded in death by his father, Paul Murff O’Neal, his mother, Julia Benoist O’Neal, and his brother, Paul M. O’Neal, Jr. He is survived by a niece, Julia (Mrs. Michael) Williams, cousins, and his brothers in the Society of Jesus.

A physical condition prevented Fr. O’Neal from being drafted, so he was able to attend Loyola University in New Orleans and graduated in 1947 with a Bachelor of Science in chemistry. On Sept. 7, 1947, he entered the Society of Jesus at Grand Coteau. He pronounced first vows two years later, on Sept. 8, 1949, and was ordained to the priesthood on June 17, 1959, at Spring Hill College in Mobile, Ala.

Father O’Neal began his teaching ministry at Jesuit High School of Tampa, where he taught from 1953 to 1956. In 1960, he was assigned to teach science and religion at Jesuit High School in New Orleans. He would remain there for 57 years, with only three interruptions: tertianship (a year of final training as a Jesuit), a year at Holy Cross College, when he earned a master’s degree in chemistry, and a year of sabbatical in 1988-89.

Father O’Neal taught chemistry for most of his tenure at Jesuit High. He also served as alumni chaplain, beginning on a part-time basis in 1989, and full time after 1994.

In January 2017, Fr. O’Neal’s health necessitated a move to St. Charles College and the Alphonsus Rodriguez Pavilion in Grand Coteau. He prayed for the Church and Society and kept up with family, friends and acquaintances.

Father O’Neal was a very fine teacher and a hard worker. His Jesuit brothers found him a source of entertainment, companionship and fun. Only deafness eventually won the battle over his love of friendly conversation. He was a true Companion, of Jesus and of His other companions.

Father O’Neal did his philosophy studies at Spring Hill College in Mobile, Ala., and earned a Licentiate in Sacred Theology at St. Mary’s College in St. Marys, Kansas.

We remember with gratitude all that God has done through Fr. O’Neal’s life of service to God and God’s people. 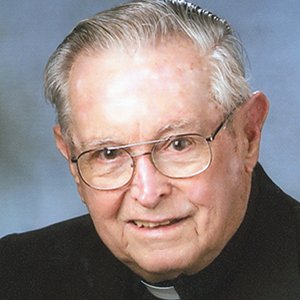