Remembered by his Jesuit brothers as kind and scholarly, Fr. Rogers’ funeral Mass will be celebrated on Friday, Oct. 15, 2021, at 11:00 a.m. at Holy Name of Jesus Church in New Orleans. There will be visitation beforehand from 9:30 to 11:00 a.m. Interment will follow at approximately 3:00 p.m. in the St. Charles College cemetery in Grand Coteau, La.

Peter Rogers was born into a large family in Jeanerette, La., on July 13, 1944. He was preceded in death by his father, Kirby S. Rogers, his mother, Marguerite Minvielle Rogers, his brothers Robert, Frank, John, Michael and Kirby, and his sisters Ellen Rogers and Mary Thibeaux. He is survived by his brother Roland, his sisters Rita Rogers, Suzanne Luke, and Jane Boudreaux, as well as 36 nieces and nephews and innumerable grand-nieces and -nephews, cousins and friends.

He entered the Jesuit novitiate at St. Charles College in Grand Coteau, La., on July 30, 1962, and pronounced his first vows on July 31, 1964. After two years of humanities studies, he was sent to Spring Hill College in Mobile, Ala., for two years of philosophy. In 1968, he earned a bachelor’s degree in French from Spring Hill.

Father Rogers began his teaching ministry in 1968 at Jesuit High School in New Orleans, where he taught French and Spanish for a year before he was sent to the Université de Aix-en-Provence in France for additional French studies.

In the summer of 1970, he began a degree program at Middlebury College in Vermont; after working on this during several summers, he was awarded a master’s degree in French in 1973. Meanwhile, he was missioned to Jesuit High School in Tampa for the school year 1970-71, again teaching French and Spanish.

He spent a year at Wake Forest University in Winston-Salem (1996-97) as a visiting associate professor and the fall semester of 2018 at Fordham University.

In addition to his teaching assignments, he served on the formation staff of the House of Studies in New Orleans in the 1980s, and from 2009 until 2015, was also the rector of the Loyola Jesuit Community in New Orleans.

Father Rogers was a consummate scholar. An internationally recognized expert on Proust, he published books on French literature – one on Proust and one on Flaubert’s Madame Bovary – and translated others from French to English. His evident joy and delight in discovering something new in these books of literature and in the lives of the authors was heartwarming to those with whom he shared his enthusiasm.

We remember with gratitude all that God has done through Fr. Rogers’ life of service to God and God’s people. 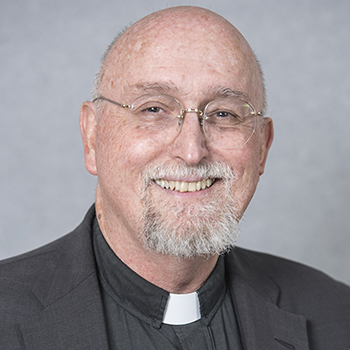