Br. Snyder was born in Kansas City, Missouri, on Aug. 21, 1928, the son of Verl C. Snyder and Bertha Felling Snyder. He attended grade school at Cathedral in Davenport, Iowa, and high school at St. Mary’s in St. Louis. He served in the National Guard before being drafted into the U.S. Army during the Korean War. After discharge, he worked for 15 years at Ameren Electric in the accounting department.

He entered the novitiate at St. Stanislaus Seminary in Florissant, Missouri, on Feb. 1, 1967 but soon moved to St. Joseph’s Hall in Decatur, Illinois. He continued his novitiate at the College Church in St. Louis and then at De Smet Jesuit High. He took his first vows at De Smet on Feb. 2, 1970. He pronounced his final vows on Feb. 2, 1977 at De Smet.

Before entering the Society, Br. Snyder received a certificate in accounting from Washington University in St. Louis. After entrance, he received a Bachelor of Arts in general studies from Fontbonne College, St. Louis (1975). He also studied theology, especially dogma, scripture and catechetics, at the Paul VI Pontifical Institute in St. Louis.

Br. Snyder worked for 18 years at De Smet Jesuit High in St. Louis, serving at various times as procurator for the community, in the finance office at the school (1969-79) and as freshman counselor (1979-87). He began expressing an interest in the permanent diaconate in the early 1970’s, before it was an option in the Society of Jesus. Once the 32nd General Congregation opened the door, Br. Snyder was ordained to the permanent diaconate January 23, 1978 at St. Louis Cathedral in St. Louis.

After leaving De Smet in 1987, he worked for a year at the Jesuit retirement residence. Then, in 1988, he began working at Saint Louis University Hospital as a patient transporter, work that continued for more than a decade. He found this work, requiring direct contact with patients, rewarding; he once wrote that he felt it “hearkens back to the early apostolate of the Jesuits … in the course of transporting people, I get to be helpful in many ways, to encourage people, allay their fears.” He also saw his contacts with the young people who worked as transporters as way to positively impart Jesuit and Catholic values.

After leaving SLU Medical Center, Br. Snyder continued volunteering in various venues, with St. Mary’s Health Center and at the Pius XII Library Archives. In 2009, in recognition of his declining health, he was missioned to Fusz Pavilion.

For Br. Snyder, ministries of presence and direct service, such as the work he did with patients at SLU Medical Center, were the most appealing way of carrying out his vocation as a Jesuit and a deacon. In his dealings with the various populations at the hospital and elsewhere, he carried out in his own way, a kind of ministry of spiritual conversation. Even before he became a deacon, he was a regular volunteer at a local hospital, and had been for years before his entrance into the Society.

In addition to his parents, he is preceded in death by his sister, Sr. Jane De Chantal, CSJ. 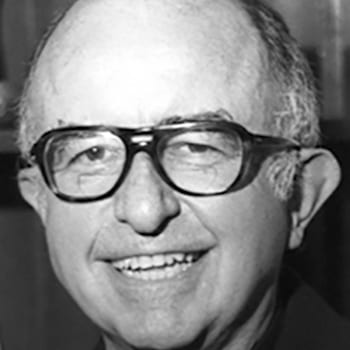