Remembered for his kindness, deep spirituality and lifelong intellectual curiosity, his life will be celebrated with a Mass of Christian Burial at 11:00 a.m. Saturday, March 25, at Parroquia San Ignacio in San Juan. Visitation will be at 10:00 a.m. Friday, March 24 at Capilla del Colegio San Ignacio, San Juan.

He was born May 2, 1928, in New York City to John J. and Anna McCann Talbot. In addition to his parents, he was preceded in death by his sisters Sr. Katherine Marie Talbot, S.C. and Patricia Talbot Dillon. He is survived by his brother Gerard (Gerry) and sister-in-law Marguerite Talbot of Hackensack, New Jersey.

After graduating from Regis High School in New York City, he entered the Society of Jesus (the Jesuits) on July 30, 1946 at St. Andrew-on-Hudson in Poughkeepsie, NY. Following First Vows, he studied humanities at St. Andrew and philosophy at Saint Louis University, earning a Master’s in Classics. He studied theology at Woodstock College in Woodstock, Maryland.

He was ordained to the priesthood on June 20, 1959 at Fordham University and pronounced his final vows on Aug. 15, 1963, at the St. Ignatius Loyola Community in New York City. He received a Diploma Profesional en Educación from the University of Puerto Rico in 1966.

Father Talbot was one of the first Jesuits to go to Puerto Rico when the Jesuits New York Province began working on the island. He was engaged in almost all the apostolic works.

He served as principal of Seminario San Ildefonso in Aibonito, a minor seminary for the training of diocesan vocations for the whole island. Later, he was appointed director of Centro Universitario Católico in San Juan, a pastoral center for the students of Puerto Rico’s State University main campus. He served there from 1966-1973.

He served as Jesuit Superior for Puerto Rico from 1969 to 1973, then spent five years (1973-1978) as Vice Provincial for Social and Pastoral Ministries of the New York Province. He returned to Puerto Rico to serve as principal of Colegio San Ignacio, the Jesuit High School in San Juan.

When Puerto Rico became an independent region of the Society in 1987, Fr. Talbot became the first regional superior. His contribution to religious life on the Island was marked by his election as president of the Conference of Religious of Puerto Rico. He helped many religious congregations as advisor and served as a resource for their meetings and apostolic planning processes. He promoted the Spiritual Exercises of St. Ignatius Loyola, organizing retreats for Jesuits and lay colleagues together to foster collaboration in mission. In his last years in Puerto Rico, he served as Socius, or senior advisor, to three regional superiors and as treasurer for the region.

Father Talbot became fully inculturated in Puerto Rico. He had a heart for the poor. For several years, he lived in a working-class neighborhood (Barrio Caimito) where the Puerto Rican Novitiate was located. People in the barrio loved him, as he was always available to attend to their needs. He also served for many years at Fondita de Jesús, a center serving homeless people. He was a role model for many Jesuits and an inspiring Jesuit priest for all those he served in ministry. 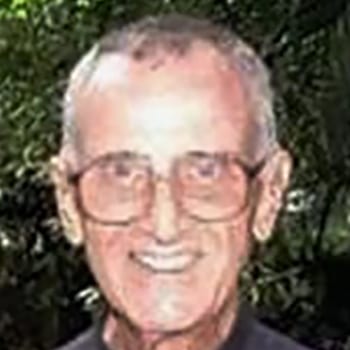