Born in Enid, Okla., on Sept. 16, 1926, he moved with his parents to South Texas as a boy. There he became fluent in Spanish as he attended high school at McAllen High and St. Joseph Academy in Kerrville, Texas. After high school graduation, he entered the Society of Jesus (the Jesuits) on July 30, 1944 at St. Charles College in Grand Coteau, La. He was ordained to the priesthood on July 6, 1957 at the Church of San Ignazio in Rome and pronounced his final vows at Jesuit High School in El Paso on September 8, 1962.

He was preceded in death by his parents, Thomas Eugene Vessels and Katheryn Hoehn Vessels, his sisters Margaret Love and Merrium Morell, and brothers Thomas Vessels, Rev. Jerauld Vessels, and Bro. William Vessels, S.M. He is survived by nieces and nephews and their families, and his brothers in the Society of Jesus.

Father Vessels served as the founding principal of Jesuit High School in El Paso, Texas from 1959 to1966. When the New Orleans Province (now part of the USA Central and Southern Province) was given a mission in Brazil, he was one of the first to volunteer. He arrived there in 1966 and served for almost 20 years (1966-1985), first in Campinas and then in Sao Paulo. He eventually became director of the Apostleship of Prayer for the Archdiocese of Sao Paulo, and this led to becoming the Apostleship’s international director (1986-95); as international director, he lived at the Jesuit curia in Rome.

After returning to the United States in 1995, he was mainly involved with retreat work at Ignatius Retreat House in Atlanta (1996-2002), Montserrat Retreat House in Lake Dallas, Texas (2004-2006) and Manresa House of Retreats in Convent, La. (2006-2009). From 2009-2016 he was chaplain at the Lord’s Ranch in Vado, N.M., and a member of the community at Sacred Heart Parish in El Paso, before moving to the Jesuit retirement community in Grand Coteau, La., last summer.

Father Vessel’s upbringing in the border area of Texas and his knowledge of Spanish initially led him to expect that he would spend his Jesuit life working in parishes like those in El Paso and San Antonio, and he would have been delighted to do so. But his interests were broad and all-embracing. Tall in stature as well as warm and outgoing in his manner, he could and did speak with anyone and in several different languages.

People related to him; students from his days in El Paso stayed in touch with him and remember him still with great affection. As international director of the Apostleship of Prayer, his main job was to travel the world to promote and animate this devotion to the Sacred Heart. His energy made him a natural for this. When he observed 50 years as a Jesuit, Superior General Fr. Peter-Hans Kolvenbach noted that Fr. Vessels had done much to re-invigorate this devotion as well as bringing a buoyant and cheerful presence to the curia. Wherever he was and whatever the assignment, he embarked with a spirit of enthusiasm and adventure. His vision was always an international one. He had a willingness to invest himself fully in whatever mission he was given.

He studied humanities in Grand Coteau, La. and philosophy at Spring Hill College in Mobile, Ala. earning a B.A. in Spanish (1951). He studied theology for a year in Spain at Ona before transferring to the Gregorian in Rome, where he earned the licentiate in Sacred Theology (1958). He earned a Master of Arts in Spanish and Education at Texas Western College in El Paso. 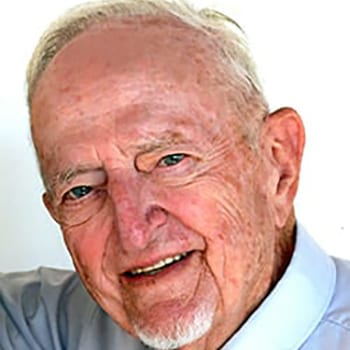