Father Thomas P. Greene, SJ, the new provincial of the UCS Province, received their vows on behalf of the Society of Jesus.

The five Jesuits entered the novitiate together in August 2018. After two years of discernment, prayer and service, they were found worthy to pronounce vows and move on to the next stage of formation.

“There is a palpable courage present in these men as they take that leap of faith and profess first vows,” Fr. Drew Kirschman, SJ, said. “They profess them before the Eucharist and the community of faith, showing their desire to live as companions of Jesus.”

A province tradition is that each man receives a vow crucifix that belonged to a Jesuit who has died. The novices choose their cross with the desire that its previous owner might be a role model for them. 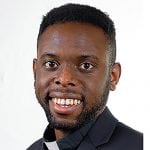 Reynaldo Belfort, 27, is originally from San Juan, Puerto Rico. He has a bachelor’s degree in computer engineering from the University of Puerto Rico Mayagüez. His hobbies include music performance and production, cooking and bioinformatics. He took the cross of Fr. Maurice Murray, SJ, because “his life always seemed to move toward a concern and passion for racial equality. No matter the culture he encountered, he let himself become part of [it.]”

Timothy Bishop, 23, is a native of the Kansas City, Mo., area and attended Rockhurst High School and Rockhurst 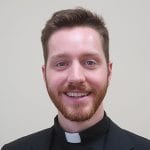 University. Bishop is an Eagle Scout and enjoys art and various sports. He took the cross of Brother Clyde Croy, SJ, because “Brother Croy was known as a humble and devout Jesuit at the service of his brother Jesuits and the people of God.” 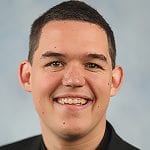 Travis Crowe, 26, is originally from Detroit and a convert to Catholicism. He was drawn to the Society through his contact with Jesuit priests during his time as a student at Saint Louis University. He earned a degree in communications and has a pilot’s license. He likes to play the piano and sing. Crowe has taken the cross of Fr. Ralph Renner, SJ, because of his “roots as a native of St. Louis, the city where I first met the Jesuits.” In addition, his “involvement and study of music throughout his Jesuit life inspires me to use my own talents and gifts as a musician in service of God’s people.” 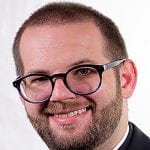 Brent Gordon, 30, from Winter Park, Fla., is a Jesuit Brother. He earned bachelor’s degrees in classics and religion from Florida State University. Gordon is also an Eagle Scout and enjoys hiking, art and poetry. He took the crucifix of Brother George Murphy, SJ, because he was known as a “kind and hospitable Jesuit brother” and because of “his similarity to St. Alphonsus Rodriguez, patron saint of Jesuit Brothers.” 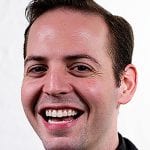 Joseph Nolla, 33, is from Niceville, Fla., and received his Bachelor of Arts in history at Florida State University. He served in the United States Air Force from 2009-2018, rising to the rank of captain. He is an avid reader and enjoys hiking, jogging and playing the guitar. Nolla has taken the cross of an unknown Jesuit from Puerto Rico, both to honor his family connection to Puerto Rico and because an anonymous cross is “a reminder to me that my Jesuit life is not about my legacy, that I can work in the Kingdom of God without even the honor of being remembered.”

Having professed first vows, the men will begin the next step in the formation process: first studies. This typically consists of three years at a Jesuit institution of higher education, most often earning a degree in philosophy. Bishop and Crowe have been missioned to Loyola University Chicago. Belfort, Gordon and Nolla have been missioned to Saint Louis University.

Attendance at the Vow Mass was limited due to coronavirus precautions. Despite the small congregation physically present, Fr. Kirschman found cause to celebrate. “I found the Mass to be very intentional and prayerful, even if not as celebratory we would normally anticipate,” he said. “Taking vows of poverty, chastity and obedience is a profound witness during times of great uncertainty like this … these men made the decision to give themselves to God, even in the midst of so many questions about what the future holds. I find this inspiring and deeply consoling.”

Eleven Men Enter the Novitiate
On Aug. 20, the novitiate welcomed 11 men who hail from all over the U.S. Central and Southern (UCS) Province, from Texas to Missouri to Puerto Rico.
News Story
Fr. Robert Murphy, SJ, Uses Own Discernment Experience, Physical Therapy Background in Vocation Promoter Role
Father Robert Murphy, SJ, knows firsthand how complex the vocations discernment process can be. By bringing his personal experiences and background to his new role as a vocation promoter for the Jesuits USA Central and Southern (UCS) Province, he believes he can help other men on their own journeys.
News
Bryan Riquel Torres Santiago: Grateful for the Invitation
Deo Gratias. Thanks be to God. These words flow easily from Bryan Riquel Torres Santiago, SJ, because they are at the core of his vocation and his life.
Story
Scroll to Top
X
Tweet
Share
Pin