Sept. 5, 2020 – This is a busy time of year at the Jesuit Novitiate of St. Stanislaus Kostka in Grand Coteau, La. On Aug. 20, the novitiate welcomed three men who hail from all over the U.S. Central and Southern (UCS) Province.  All are set to embark on a two-year period in which they will learn about the Society of Jesus, grow in their prayer and community life and discern whether God is indeed calling them to life as a Jesuit.

On Thursday, Sept. 3, all three men successfully completed their “first probation,” perhaps best described as a time when novices get to know the Society and each other. During this focused, nearly two-week period, newly arrived novices put aside their electronic devices and study some of the foundational documents of the Society. They spend significant periods of time in prayer and community activities with other novices, culminating in a three-day silent retreat.

Meet the three newest members of the Jesuits USA Central and Southern Province: 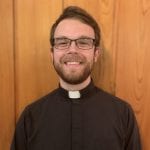 Jason Britsch, 26, is a native of the New Orleans area and a graduate of Jesuit High School, New Orleans. He completed his undergraduate education at the University of Dallas, earning degrees in history and politics. After graduation, Jason returned to Jesuit High to teach English and assist in campus ministry as a member of the Alum Service Corps. He then continued to work at Jesuit High, helping coordinate a capital campaign. He enjoys collecting vintage books, duck hunting and raising chickens. 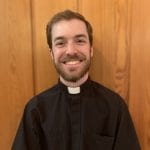 Beau Guedry, 26, grew up in the Houston suburbs and attended Strake Jesuit College Preparatory before pursuing a degree in biology at Saint Louis University. After college, Beau was a member of the Alum Service Corps at De Smet Jesuit in St. Louis before being hired at Strake Jesuit, where he worked as a science teacher and liturgy coordinator. His experience on immersion trips working with people with disabilities and the imprisoned led him to commit to a life of serving others. He is pursuing a master’s degree in theology at the University of Notre Dame and is interested in piano, hiking and cooking. 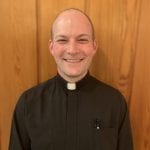 Fr. Max Landman, 33, is a priest ordained for the Diocese of Victoria, Texas. He most recently served as parochial vicar of Our Lady of the Gulf Catholic Church in Port Lavaca, Texas. Born in Fort Worth, Texas, Max attended Texas Christian University before entering Holy Trinity Seminary. He enjoys golf, following the news, travel and hiking. His experience of Ignatian Spirituality led him to discern his vocation to the Society of Jesus.

Please keep all at the novitiate in your prayers, especially these three men as they embark on their Jesuit vocation and discern if God is calling them to a life in the Society.

Jesuits Magazine – Winter 2023
The Winter 2023 issue of Jesuits magazine features stories on Jesuits serving in Belize and Brazil, as well as a feature on Fr. Jonathan Harmon, who is training for a ministry in the Arts.
Publications
Being There for Others: Deacon Aric Serrano, SJ, and His Ministry of Presence
During his formation as a Jesuit, Deacon Aric Serrano, SJ, has learned the importance of a ministry of presence.
Story
Father Joe Laramie, SJ, Brings It All Back to the Sacred Heart
Father Joe Laramie shares a ministry devoted to the Sacred Heart of Jesus.
Story