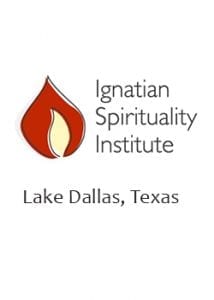 May 27, 2020 – The Ignatian Spirituality Institute, while closed to in-person services, is working overtime to provide the spiritual guidance necessary to sort through these unprecedented times.

The Institute, which is committed to “shaping participants in principles of Ignatian Spirituality through academic study and experiential formation,” has had to restructure some of its programs as a result of COVID-19. ISI’s directors continue offering one-on-one spiritual direction online, and its small group retreat, Finding Christ in the World, is meeting virtually. Still, the Institute, based in Lake Dallas, Texas, felt called to a greater purpose during this time: to listen. That’s when a new offering emerged: to start a Network of Listeners, through which anyone who needs someone to talk to can have their voice heard.

According to Carol Ackels, director of ISI, this response was not an impulsive decision, but the result of much thought and prayer. “Around the start of April, we started to feel that just moving our usual classes, retreat meetings and spiritual direction services online was not enough,” she said. “We felt called to respond to the COVID-19 situation in a deeper way.”

Following a period of discernment, the Institute distributed an email to its list of more than 4,000 subscribers, informing them that ISI was launching a “Network of Listeners” for anyone who needed to be heard during this difficult time.

The response was immediate, and overwhelmingly positive, according to Ackels. “The initial response was not one of overwhelming demand per se but one of gratitude,” she said. “So many people reached out to us and said, ‘Thank you for doing this, this is a really great thing you’re doing.’ Over the last few weeks, we’ve started to have more requests for someone to listen.”

Since the initial communication about the Network of Listeners went out in mid-April, ISI has received several requests, and the number increases by the day. The Network – which is composed of both Jesuits and lay persons formed in the Ignatian tradition of spiritual companioning – is open to all ages, and seeks to provide neither advice nor critique, but merely to listen to anyone who needs a place to tell their story.

“A significant part of the work ISI does is listening,” Ackels said. “Whether it’s listening to those we serve or listening to the Holy Spirit for guidance on what to do next – we’re always listening.”

In fact, the first thing ISI did when the COVID-19 situation spread was reach out to persons in its retreats and programs, and see how they wished the Institute would respond. ISI has given much thought to moving some courses online in the past, but now it became the only practical way to continue the ministry. In addition, ISI reached out to retreatants, asking if they felt the move to an online setup would be beneficial.

“We were hesitant to move anything online at first, because our work is so experiential and personal,” Ackels said. “We didn’t want to lose that intimate connection that our participants receive as part of our programs, but the response was overwhelming in favor of providing online spiritual direction and meetings.”

Still, it is because of that lost personal connection that new responses to the situation, such as the Network of Listeners, are so necessary. “Ignatius described our ministry as helping souls, and that’s what we’re called to do during this time,” Ackels said. “We realize that this is a difficult time for everyone, and this Network was one way we felt we could help people make sense of these times.”

As challenging as the current situation is, Ackels invites us to remember St. Ignatius.

In Wake of Capitol Violence, Fr. Provincial Tom Greene, SJ, Calls on Jesuits to Pray
Following the violence at the United States Capitol on Wednesday, Jan. 6, 2021, Fr. Provincial Thomas P. Greene sent a prayer to members of the Jesuits USA Central and Southern Province.
News
Tim Murphy Continues to Educate, Lead as Director of Manresa House of Retreats
After working in Catholic education for more than two decades, Tim Murphy found a new opportunity that broadened his definition of ”educator.”
Story
Province Offers Online Advent Retreat
The Jesuits USA Central and Southern (UCS) Province recently offered two Advent retreats: one in Vietnamese and one in English. Both retreats can be viewed free of charge via a YouTube playlist.
News
Scroll to Top
X
Tweet
Share
Pin