He was born in St. Louis on Feb. 26, 1928 to Eugene Dorsey and Theresa Goestenkors Dorsey. In addition to his parents, he was preceded in death by his brothers, James W. Dorsey and Edwin R. Dorsey. He is survived by his brother Eugene J. Dorsey.

While he had training as a printer and a baker, it was as a cook that he is most remembered. Over the course of more than 40 years, he served in the kitchen, at St. Stanislaus Seminary in Florissant, at Fusz Memorial in St. Louis, at Rockhurst High School in Kansas City, Missouri and finally at the Jesuit Novitiate in Denver.

He helped to establish the Miguel Pro House, an apostolate of presence in the Denver Hispanic community and served there from 1995 to 2004, then served in pastoral ministry in Denver until he moved to the Jesuit retirement community in 2015.

On the occasion of Br. Dorsey’s 50th anniversary as a Jesuit, in 1999, Superior General Peter Hans Kolvenbach, SJ, noted that much of Br. Dorsey’s apostolic life had been spent in the kitchens of the formation houses and that his meals “helped sustain many young Jesuits through all sorts of circumstances — from the challenges of ‘ordinary time’ to the graces of long retreats and the relaxation of summer villa.” He went on to observe, “In addition to the bodily sustenance given to so many all these years, you have given your quiet, gentle, loyal personal support to friends and family — a kind of sustenance even more important than food!” 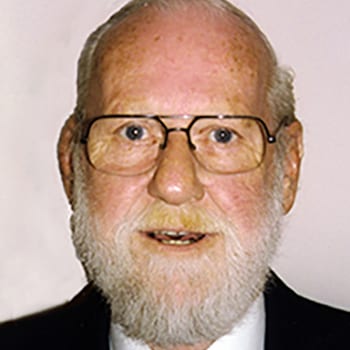