Brother Ferlita was born Oct. 15, 1938, in Tampa, Fla., and baptized at Sacred Heart Church, the Jesuit church in Tampa, on Jan. 1, 1939. He was the only son of Angelo Ferlita and Rose Therese Noto Ferlita, who both preceded him in death. He is also preceded in death by his sister, Josephine T. Meuse. He is survived by his nephews Barry M. Meuse and Joseph J. Meuse, his nieces Jimi T. Meuse and Stephanie R. Melvin and his cousins Flo Roberts and Mary Teresa Timmons.

He entered the Jesuit novitiate at St. Charles College in Grand Coteau on Aug. 15, 1960, and pronounced his first vows in the Society of Jesus on Aug. 15, 1962. He stayed in Grand Coteau in the Junior Brothers’ Program and then was assistant infirmarian at St. Charles College, 1964-65. This was the beginning of his life-long interest in health and wellness.

In 1965, Br. Ferlita was missioned to Jesuit High School in New Orleans as assistant athletic director and assistant prefect of discipline. This was the beginning of a long career in secondary education. In 1967, he was named coordinator of the athletic department as well as school infirmarian.

He left Jesuit High School in 1971 to return to Grand Coteau as infirmarian.

In 1973, he was missioned to Strake Jesuit College Preparatory School in Houston. He was assigned to be the prefect of discipline and an athletic trainer. He would remain at Strake Jesuit until 2016.

Brother Ferlita had an immense influence on generations of young men at Strake Jesuit. Most alumni had a “Brother Casey” story to tell.

He was relieved of his disciplinary duties and named an assistant to the alumni director in 2010, but he continued to counsel students.

Dementia eventually required Br. Ferlita to leave Houston in 2016, first for the Jesuit infirmary in Grand Coteau, where he had served early in his Jesuit ministry, then to a specialized dementia facility in St. Louis.

He earned a bachelor’s degree in physical education from Loyola University New Orleans.

We remember with gratitude all that God has done through Brother Ferlita’s life of service to God and God’s people. 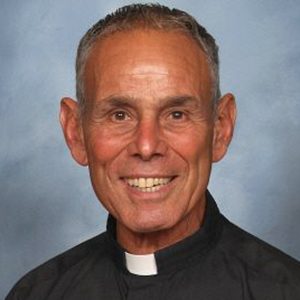