He was born in New Orleans on Aug. 13, 1933, one of two sons of Alexander J. and Mary Reyer Lesseps. He was preceded in death by his parents and brother, Randolph. He is survived by his sister-in-law, a number of cousins, nephews and nieces, his brothers in the Society of Jesus and scores of students who benefitted from his instruction.

After graduating from Jesuit High School, New Orleans, he entered the Society of Jesus (the Jesuits) on July 30, 1951, at Grand Coteau. He pronounced First Vows on July 31, 1953, and was ordained to the priesthood on June 7, 1965, at St. Joseph’s Church in Mobile, Ala., He pronounced Final Vows Aug. 15, 1977, at St. Charles College in Grand Coteau.

Father Lesseps began apostolic ministry as an assistant professor of biology at Loyola University in New Orleans in 1967. With just two brief interludes, he continued teaching there until 1990, finishing as a full professor, with a stint as chair of the Department of Biological Science. In 1973-74, he was a visiting professor at the Katholieke University in Nijmegen, Netherlands, and in 1987-88 he was a teacher of biology and agriculture at the University of Zambia and Kasisi Agricultural Training Centre in Lusaka.

After his year in Zambia, Fr. Lesseps returned to Loyola for one year and then studied agriculture at the University of Arizona. His studies served a very specific purpose, for he returned to Lusaka in 1990 to work with others to help local farmers develop practices that would better suit their needs. Their innovations included introducing the fast-growing sesban tree that was useful for firewood and improved the fertility of the soil. He also introduced the moringa tree from India, which can produce edible and nutritious leaves even during the dry season. He also taught local farmers how to cultivate these trees and get the most from their land.

As early as 1994, he wrote about the importance of integrity of creation and urged other Jesuits to promote care for creation.

He remained in Zambia until 2009, when health problems forced him to retire to Ignatius Residence in New Orleans and then to the St. Alphonsus Rodriguez Pavilion in Grand Coteau.

Father Lesseps studied both biology and philosophy at Spring Hill College, in Mobile, Ala. He earned a Ph.D. in biology from Johns Hopkins University. He studied theology at Woodstock College.

We remember with gratitude all that God has done through his life of service to God and God’s people.

Memorial gifts may be made to the USA Central and Southern Province of the Society of Jesus at 4511 West Pine Blvd., St. Louis, MO 63108 or online through this website. 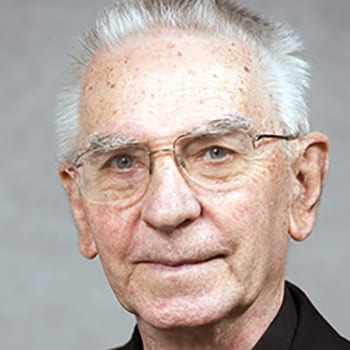