A private Funeral Mass will be celebrated in the Jesuit Hall Jesuit community in St. Louis at 4:30 p.m. on Dec. 17. A livestream will be available on YouTube; search for “Voss Funeral Mass.” Burial will be at Calvary Cemetery at 9:00 a.m. on Friday morning, Dec. 18.

Robert Voss was born in Denver on June 18, 1941. He and his twin brother, Raymond, were adopted as toddlers by Fred A. and Charlotte Kenyon Voss. His parents and twin preceded him in death. He is survived by nieces Karen Voss and Christine Rasch-Chabot and several cousins.

After graduating from Regis Jesuit High School in Denver, he entered the Society of Jesus (the Jesuits) at St. Stanislaus Seminary on Aug. 21, 1959. He pronounced First Vows on Aug. 22, 1961 and was ordained to the priesthood on May 27, 1972. He pronounced his Final Vows on Sept. 8, 1977, in the church of Santiago in Yoro, Honduras.

As a priest, Fr. Voss worked exclusively in the Yoro, Honduras, Mission. He remained until 2017, when his failing health demanded he move to the Jesuit community in St. Louis. He served primarily in El Progreso, as a mission priest, pastor of the parish and sometimes minister of the Jesuit community.

Father Voss felt a special connection to people on the margins, and he passionately loved the people of Honduras with whom he lived and worked for 43 years. He loved the poor, and had a special regard for prisoners, the poorest of the poor. He understood and supported initiatives that flowed from liberation theology; but he also respected the more traditional piety of simple people. Over time, his own devotion became one with the people’s devotion, his heart one with their heart. After he left Honduras, the people continued to ask, “How is Padre Roberto?” We can answer with confidence, “Now, he is fine.”

We remember with gratitude all that God has done through Fr. Voss’s life of service to God and God’s people. 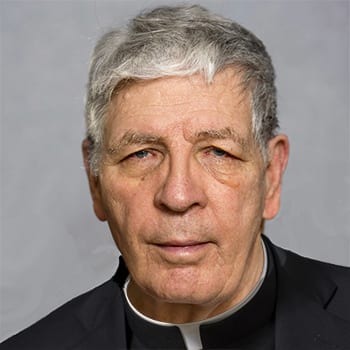