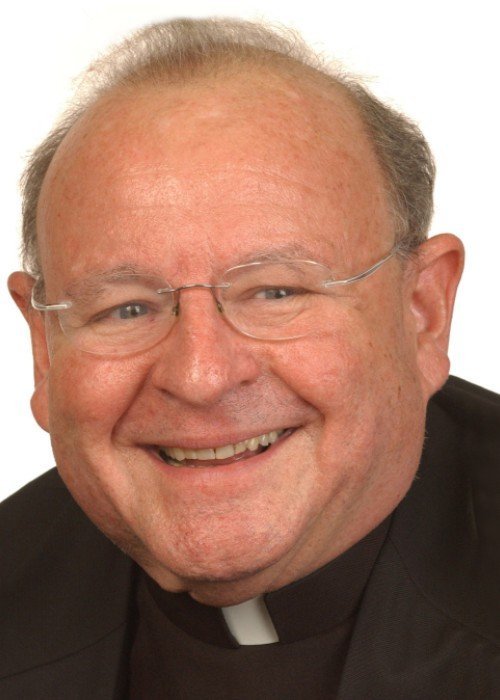 New Orleans native Fr. Edward Arroyo, SJ, has spent much of his Jesuit ministry in his home state. After graduating from Jesuit High School New Orleans in 1961, he entered the Jesuit novitiate in Grand Coteau, La., that fall. This year marks his 60th anniversary as a Jesuit.

Following his priestly ordination in 1975, Fr. Arroyo worked at Loyola University New Orleans for a decade, teaching and serving as editor of a scholarly publication. Following a yearlong assignment in Paraguay, he served the former New Orleans Province as director of social ministry before becoming provincial. He served in that role from 1990 to 1996.

Other assignments have included senior fellow at Woodstock Theological Center in Washington, D.C. and academic dean for cross-cultural initiatives at Jesuit School of Theology in Berkeley, Calif.

Since 2016, he has served as a retreat director at White House Retreat in St. Louis.

Fr. Arroyo’s Reflection on 60 Years as a Jesuit

Looking back on 60 years as a Jesuit, my primary reflection is one of gratitude. Thanks for the family, friends and Jesuit companions who have encouraged me, supported me, put up with me in times of trial, and accompanied me on our pilgrimage toward the sacred we all are called to.

For me this pilgrimage finds its guideposts in the Spiritual Exercises of St. Ignatius of Loyola, a school of prayer and a school of discernment. First as one who has made these Exercises in many ways and at many different times and places in my life, starting with high school retreats way back then. And in the most recent years, I’m grateful that my primary Jesuit ministry has become sharing these Exercises with many others, currently at White House Jesuit Retreat south of St. Louis.

I’ve been blessed, maybe even plagued, by an incredible amount of diversity in my Jesuit ministries over the years, many of them spent in leadership positions, others in social research, education and action based on the rich tradition of Catholic Social Teaching as well as the sociological tradition and profession.

And what awaits me as I cherish the gift of years on into the future? Who knows? My hope is that the blessings and the burdens of aging will continue along the pilgrimage of the Spiritual Exercises, from Ignatius’ “First Principle and Foundation” to his “Contemplation on Divine Love,” acknowledging with Jesuit poet Gerard Manley Hopkins: “Thee, God, I come from, to thee go.”