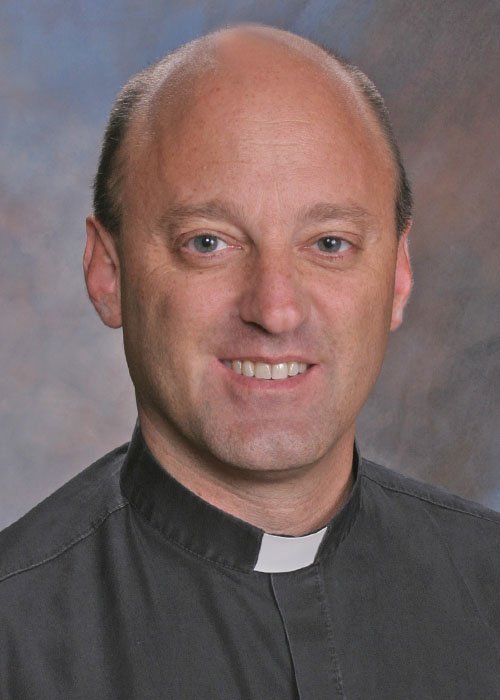 25 Years a Priest
Superintendent of Catholic education for the Diocese of Venice, Fla.

Father John Belmonte, SJ, is an experienced educator, having spent most of his active ministry as either a teacher or administrator in Jesuit secondary education. Since August of last year, he has served as superintendent of Catholic education for the Diocese of Venice, Fla. And this year, he celebrates his 25th anniversary as a Catholic priest.

Born in Chicago in 1963, he graduated from Marquette University in 1985 with a bachelor’s degree in history. He entered the Society of Jesus that fall.

Following his priestly ordination, Fr. Belmonte taught theology for several years at Marquette University High School before an assignment at St. Ignatius College Prep in his hometown as director of pastoral ministry, followed by a stint as a member of the curriculum development team.

He then returned to Marquette High, first as an administrative intern, followed by a six-year term as principal which concluded in 2010. For the next decade, he served as superintendent of schools in the Diocese of Joliet, Ill.